The old, sick fly fisher has something to celebrate!

I am really blessed, not only is my granddaughter Lottie beautiful, she is also really talented winning first place in a writing competition.

The “prestigious Wicked Young Writers' Award” was established by the long-running musical Wicked in order to link the important messages of the production with a competition that would inspire young people to use their writing to look at life a little differently. Since its launch in 2010, there have been 17,000 entries to the award. 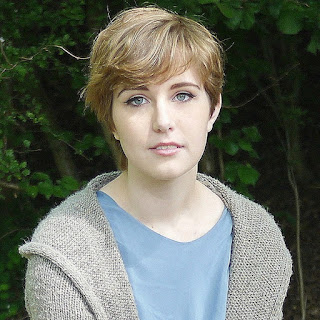 WICKED YOUNG WRITERS’ AWARDS 2015
Winner in the 15-17 Age Category
In the Beginning
By Lottie Carter
In the beginning there was light.
I know that, of course, because I was there. Don’t let the fables fool you, the birth of the universe hardly started in darkness, and it was not illuminated simply because a man, deity or otherwise, willed it to be. No, such a fragile, magnificent act desired a woman’s touch. My touch.
But they are right when they say it took seven days, because it did – right after I fashioned Time from the stroke of my heartbeat and made her the very first law.
I spun stars from my fingertips, laced them with the fabric of emptiness and breathed the glow into them. From their heat I forged countless worlds, countless galaxies, all spinning in accordance with Time.
And I saw that it was good but not good enough.
Moving closer, I found earth waltzing around a youthful star and I gave her a silver-skinned sister to dance with. I soothed her barren welts of rock with water, and sighed to turn the sky from black to blue, shielding the earth from the sun’s glorious rage.
And this was good, yes, but it still wasn’t quite right.
So I kissed it, nursed it, cradled the Earth in the crook of my arm and coaxed the life into oceans, fields and skies as I watched a green blush creep across her face. I sang to her, and from each wavering note unfurled a gorgeous, trembling creature.
And this was very good. But not perfect.
From my own rib bone I shaped a woman in my image and set her down upon the earth. I called her Eve, and taught her the names of every creature so she could watch over and protect them better. Earth flourished.
And I looked at everything I had made and it was good.
I left Eve to fend for herself, but when I rose the next day I could sense that something was wrong. The birds were quieter, the beasts solemn, and my daughter stood at the top of a mountain, calling for me with tears raining down her cheeks.
“Help me, mother.” She cried. “For all the souls that surround me, why do I feel so alone?”
It dawned on me like a black sun: I had created a partner for every one of my creations except Eve. So we made one, and I had Eve sculpt her likeness out of earth. I remember picking up that clay man and whispering kind colours and thoughts to him until he breathed.
Eve rejoiced with her new partner, whom she called Adam.
The birds sang and the beasts ran free upon the earth and for a blissful, wonderful while, it was good.
And because it had been good, it meant that something had to go wrong.
A day later, Eve climbed the mountain to talk with me.
“He does not understand kindness.” She confided. “We are all subject to the fabric of our hearts, and it is my fault that he is cold and unfeeling. A pebble slipped into the clay when I made Adam; he has a stone heart.”
I left the mountaintop to think, then returned with a plan for Eve. In a garden we planted a tree from Eve’s tears and it grew before our eyes, white-gold with dark tempting fruits, within which I seeded a poison. Eating the fruit would grant a creature freedom from the nature of its heart, but at the price of its immortality. I kept this from Eve, knowing she would not follow through, knowing her clay man would die.
And so the stage was set.
I took the form of a snake and hid amongst the golden branches as Eve led Adam into the grove. Between the leaves I saw her clay man pluck a fruit, then bite. He grinned and the juice stained his teeth blood red. But Eve was frowning, and I followed her gaze to the grey that was now peppered her partner’s hair. She had never seen aging before, and I read her thoughts straight off her face.
No.
Just as she reached for the fruit I was rushing forward, a cry of horror on the edge of my forked tongue. It was in her hand when she saw me, recognised me.
Our eyes met.
Her teeth broke the skin. Scarlet liquid dripped from her mouth as I screamed bitter anguish into the heavens.
In the beginning there was light.

No wonder I am a proud granddad!

Email ThisBlogThis!Share to TwitterShare to FacebookShare to Pinterest
Labels: Adam and Eve, In the Beginning, The creation, Wicked Young Writers Award