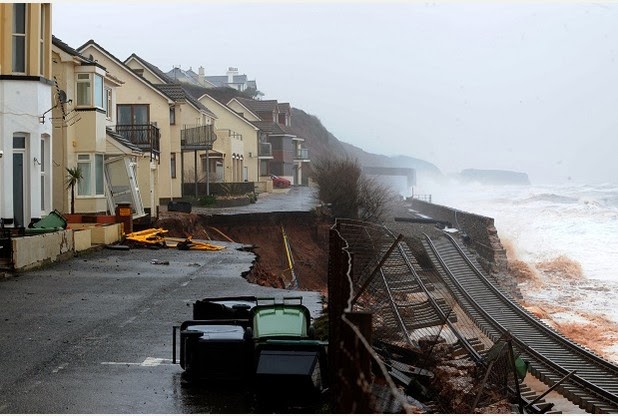 Road and railtracks destroyed where my wife and I use to walk along watching the sea and the trains.
When I heard and saw on TV that the storm had taken out the road and rail track 50 metres below where my cousin has his Bed & Breakfast business I decided I had better give them a call.  On the night of the storm, having just recovered their garden fence from the middle of the main Dawlish to Exeter road, my cousin Jerry and his wife Val retired to bed. Around 11pm they were roused by the police who wanted to use their house as an incident control centre to manage the evacuation of the poor souls living by the rail tracks.  The police could not have picked a better couple, although a bit older than me, Gerry and Val are very hands on helpful people and they made their house available and helped as much as they could.  Val told me that the people evacuated, complete with children and babies, came with absolutely nothing.  Apparently the whole community swung into action and hotels and caravan parks have taken people in, the supermarkets have provided food vouchers for the homeless and restaurants and cafes have provided free meals.  Isn't it great to hear that people still help each other in a disaster!
Now the current residents of Gerry and Val's B & B are the rail track engineers assessing how to repair the damage. 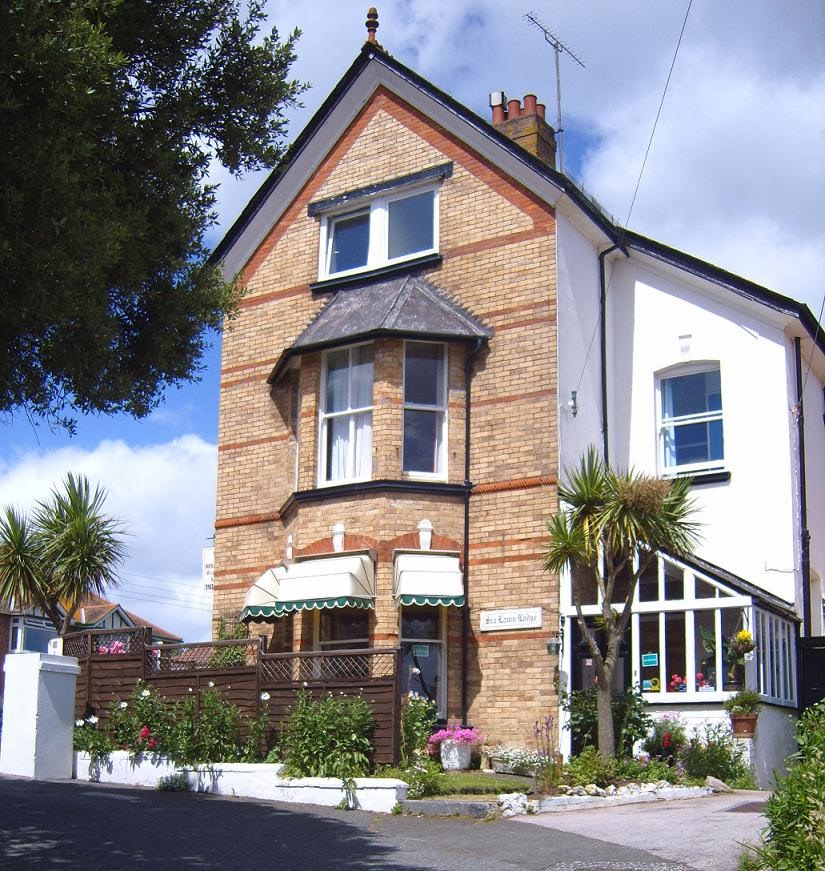 Gerry and Val's Sealawn Lodge B & B, Exeter Rd, Dawlish, where I have spent pleasant nights and enjoyed amazing breakfasts.﻿
Posted by Unknown at 07:51