The border with Montenegro is only an hours drive from Dubrovnik and my brother had said it was well worth a visit.  We signed up with a tour operator near the hotel and were told we would be collected from the hotel at 7.55 am.  We hadn't asked so we were not sure whether a car, taxi or minibus would turn up to take us, so we were surprised when a forty-seater coach arrived on time.  There were already some people on board and as it drove through Dubrovnik stopping at other hotels it soon filled up.  As we left Dubrovnik heading south along the mountainous roads I soon realised we were in the hands of a very professional team.  The driver was confident and careful and the two tour guides a lady, who sat at the back translating for the french and Ratka a male comedian who performed up the front giving the commentary in english.  Ratka gave us a geography lesson and a history lesson and made it funny and interesting.  Helpfully he briefed us on how to behave with the officials when we reached the border crossings, warning us that some holiday makers who ignored his advice are still guests of the government!
As the pictures will show we were blessed with beautiful weather.  The coast of Montenegro has fjords like Norway and they are very deep which means that large cruise liners can sail deep into the country like this one at Kotor. 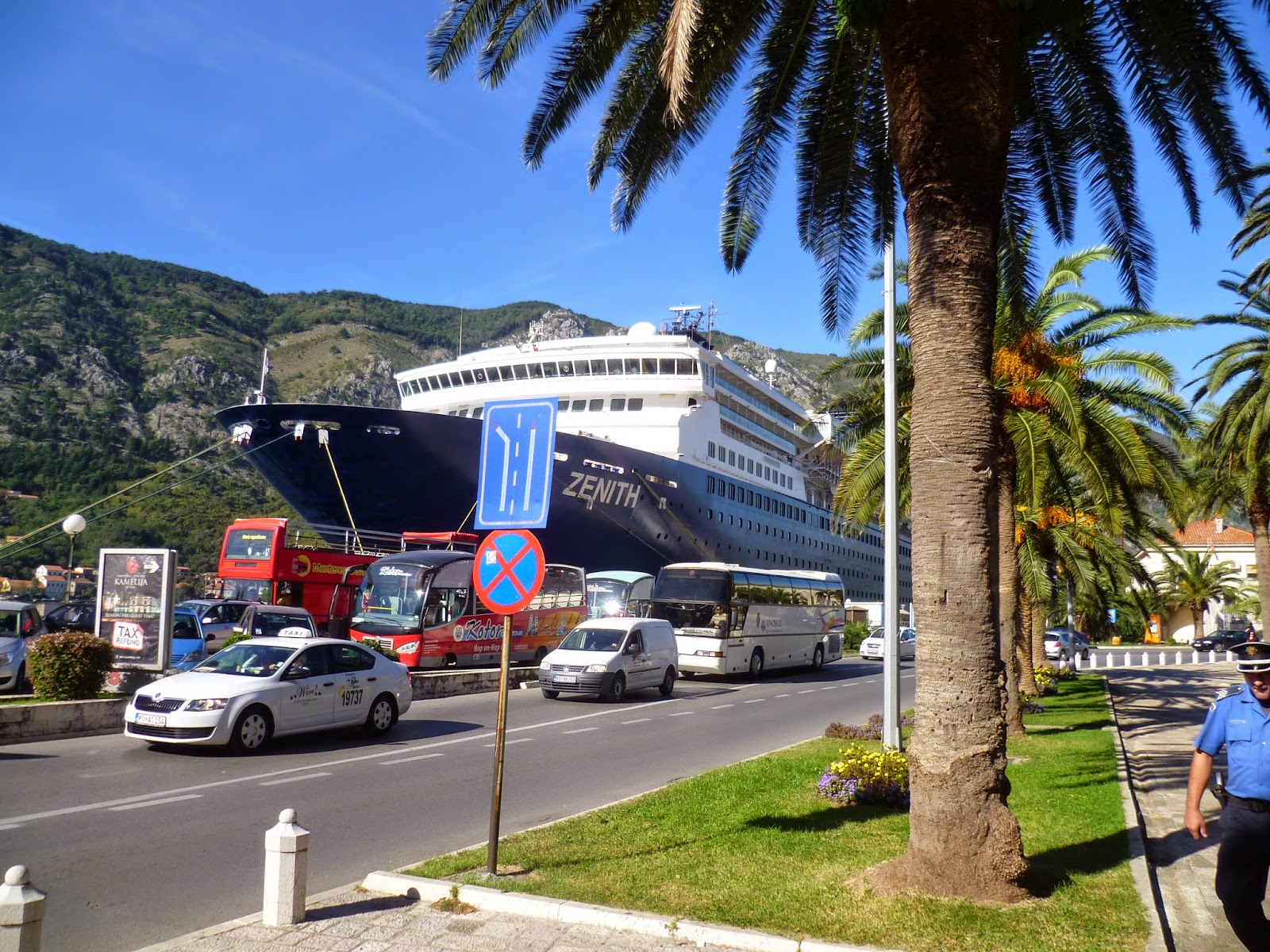 Ratka told us how several hundred years ago a fisherman had discovered an icon (a small religious picture) lying on a rock in the middle of a fjord and had taken it to his village where it was placed in the church.  The next morning the icon was gone, presumably stolen and everyone was sad.  A few days later another fisherman found the icon back on the rock so he took it back to the church.  Then it went missing and was found back on the rock again!  The villagers decided that this was a sign and the icon needed to be on the rock so they built a church on the rock to house the icon in!  The picture below shows the church they built. 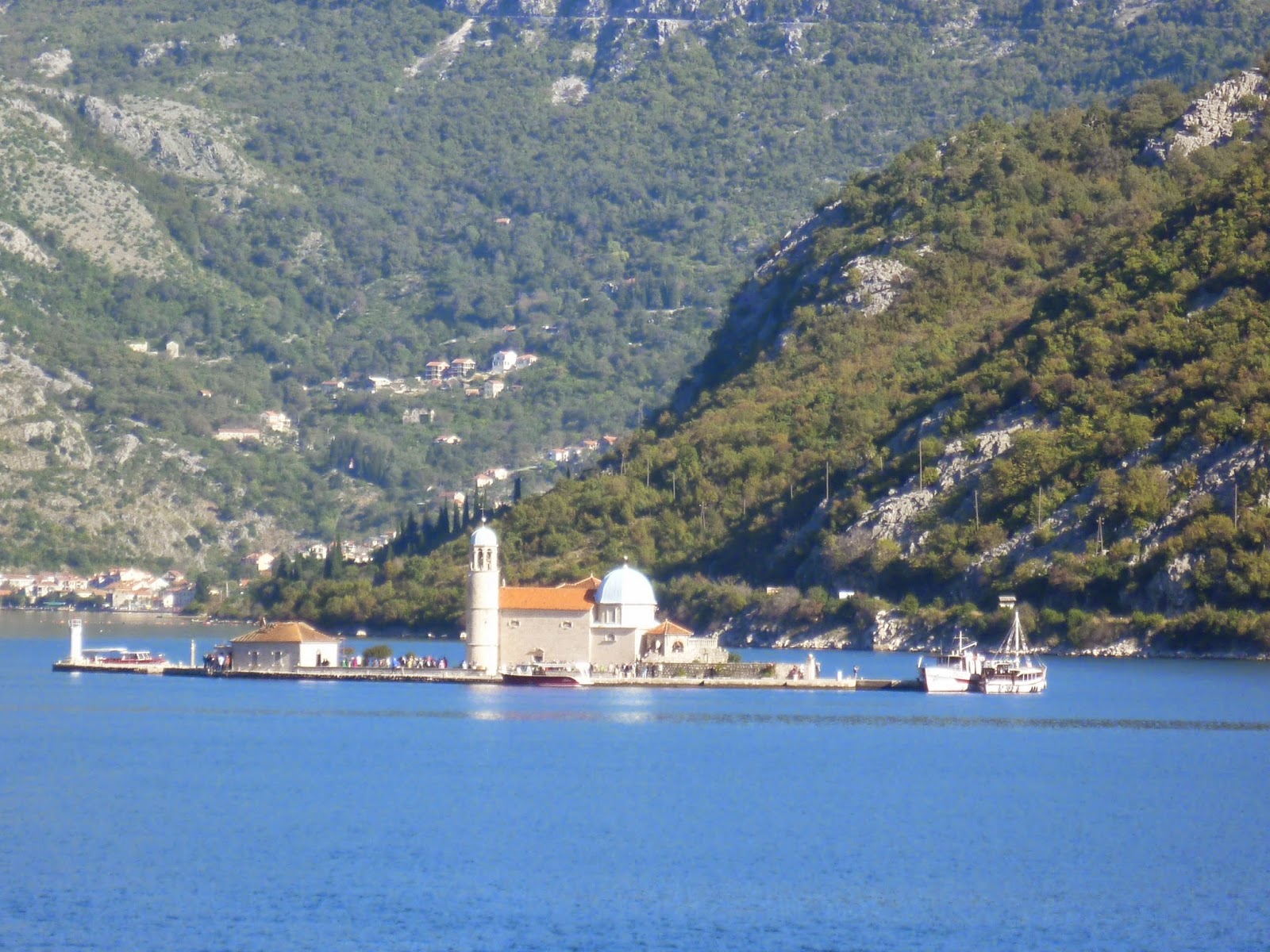 Here is Ratka in full flow suggesting where we might eat.  I included this picture because it reminds me that there is some serious fishing to be had in the area. 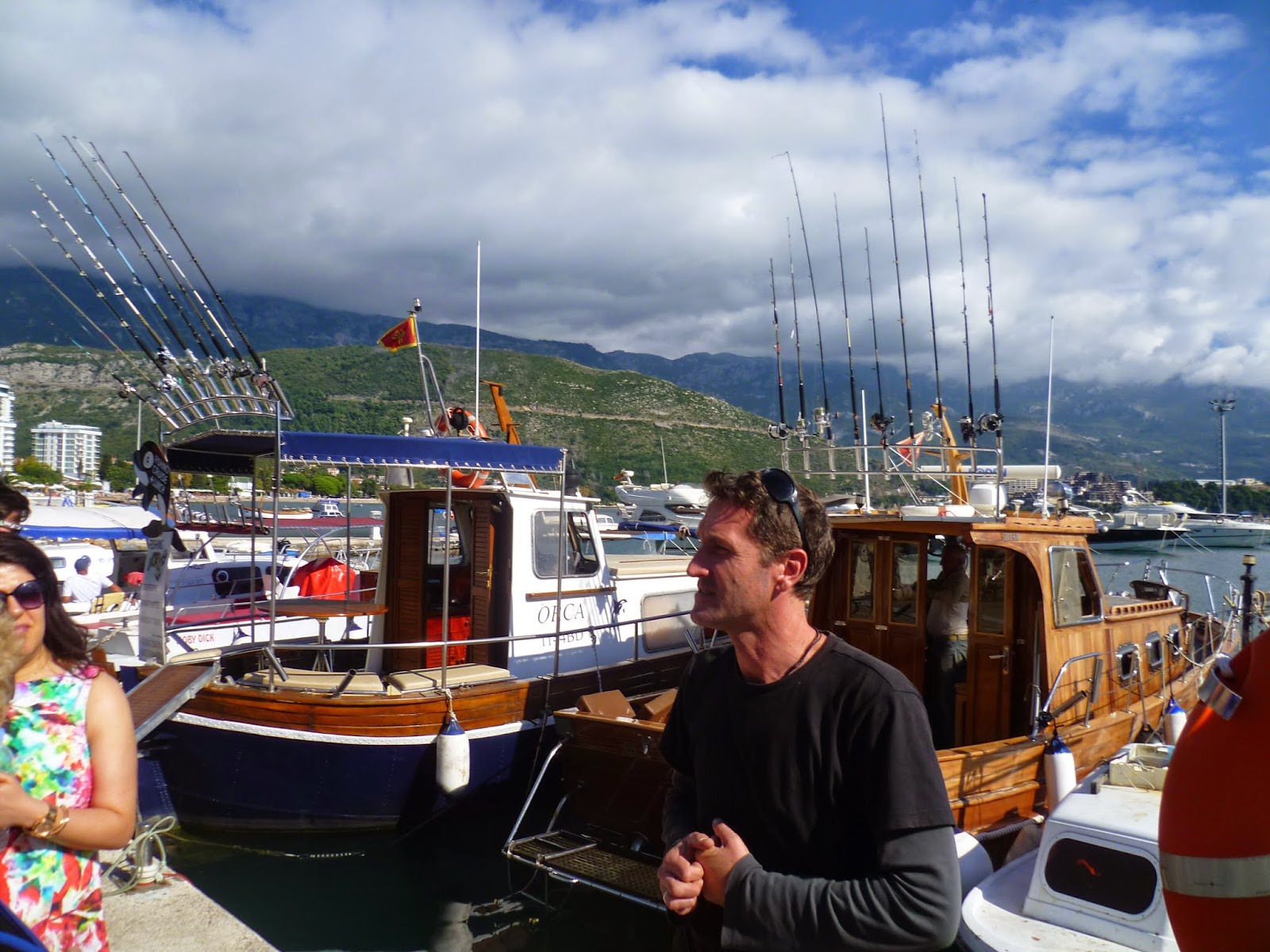 Having driven round the fjord we then took the ferry to cross it giving rise to some lovely photo opportunities. 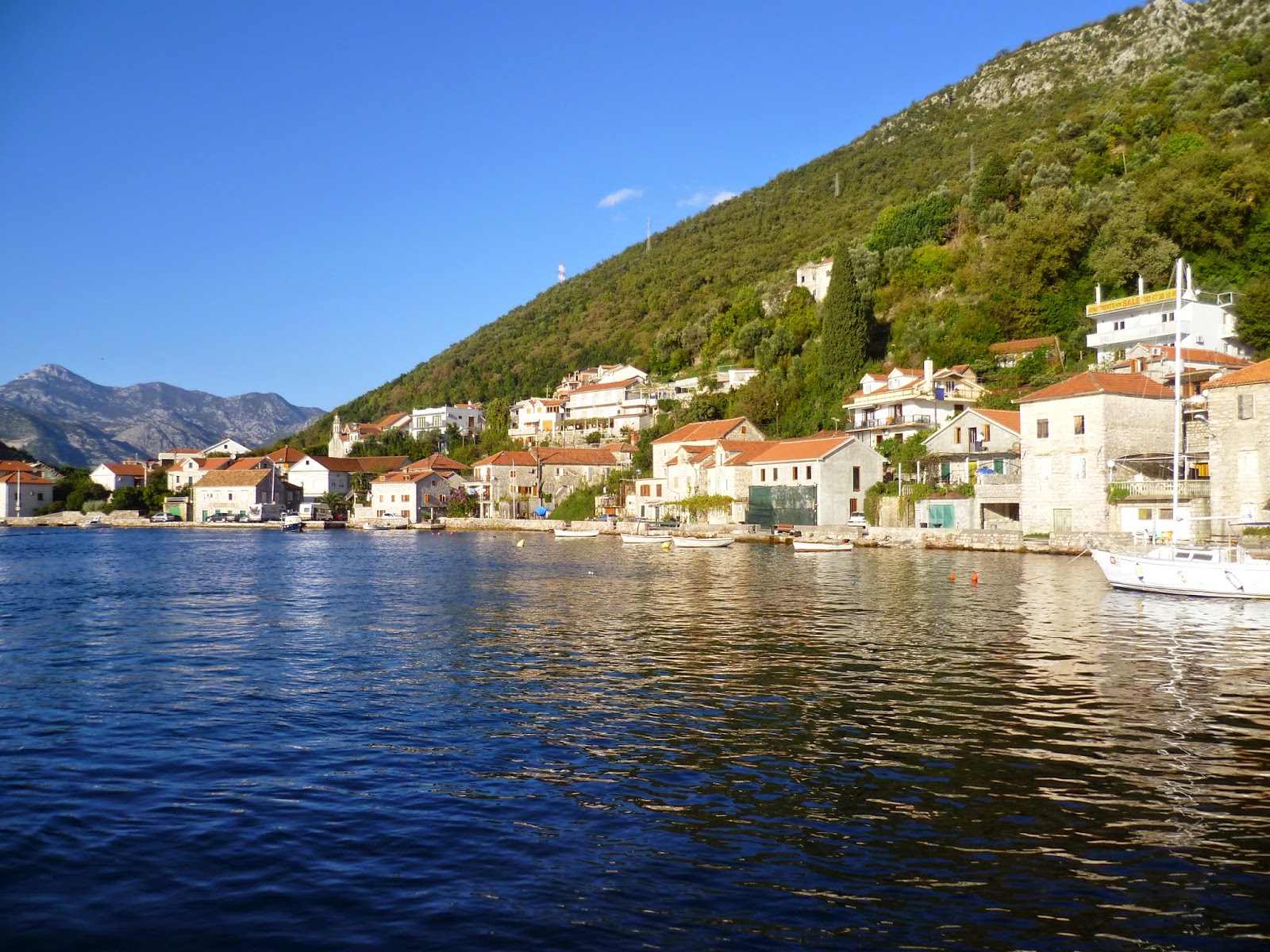 We kept having to pinch ourselves to remind us it was mid October.
Posted by Unknown at 12:25