CONFESSIONS OF A FLY FISHERMAN!

Well I started this blog really as a diary to keep track of my fishing adventures, but recently domestic challenges seem to have eclipsed the fishing. However, that has not stopped folk from all around the world from viewing the posts so I feel I ought to confess why I have gone a bit quiet and why I have not been fishing.  The first distraction was my former company asking me to come out of retirement and help them design a training presentation for Facilities Managers.  I enjoyed doing this as it brought me into contact with former colleagues but it did take up twice as much time as I thought it would.  Then at the same time my youngest daughter, her husband and their two children, who had been living with us for nearly two years, moved out so as to be near dad's new job.  My wife and I spent two days at their new address making and hanging curtains etc.  So back at home we finally had the chance of making good all the wear and tear that two little fellers and five adults can produce.  To make it more challenging, my youngest son announced that he had his new girl friend arriving from Finland in a few days time and could we get the house sorted?  To give him credit he did help but his, and my wife's expectations were high and involved us redecorating the hall with new stair carpet, giving a face lift to the front garden and jet washing the drive (and the rest)!  Then we had to order a new double bed as we had now got our guest bedroom back.  The bed arrived on the same day that the Finnish girlfriend arrived and I was frantically assembling it only to find that two rather large components were missing so Finnish girlfriend ended up with the new (rather expensive) mattress on the floor!  The bed issue is likely to be the subject of a further post!

On the positive front let me tell you about two bits of technology I really enjoy.  First of all let me explain that when it comes to dealing with the latest technological gizmos I am a bit of a troglodyte (cave dweller)! However, I am a fan of satellite navigation systems and would not be without my Tom Tom especially when abroad. 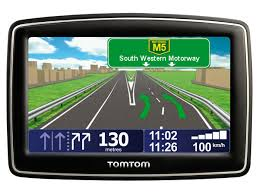 I really like my Tom Tom and was pleased that my son who works for Voicebox in the USA project managed the development of voice recognition for the Tom Tom systems in the USA and Europe.  The other bit of technology I enjoy is the BBC's iPlayer which enables you to catch up, at anytime, with BBC TV programmes you have missed over the last seven days.

It is absolutely brilliant and enabled me to watch the amazing fifty year anniversary tribute to the Dr Who TV series as part of the Proms at the Royal Albert Hall.  To see the look of wonder on the faces of the children as the alien figures moved about the audience was a treat.  If you have missed it on iPlayer you can view parts of it on You Tube.

Yes, the Daleks have finally taken over London!  So that's all for now but hopefully next week I will be on the chalk streams with my brother teasing a few brownies!
Posted by Unknown at 23:58