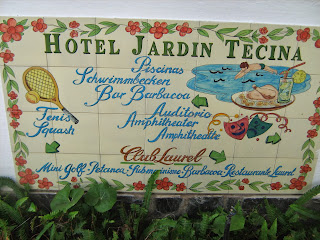 La Gomera is the Canary Island in the Atlantic off the coast of Africa that mass tourism forgot.  I only headed there because my most reliable travel guide, my brother Chris, recommended it. He also recommended that we stayed at the Hotel Jardin Tecina located on the cliff top overlooking the tiny port of Playa de Santiago.  We were not disappointed. I arranged the holiday through Thomson and we flew out from Gatwick in the UK to Tenerife South and then aided by a lovely couple, Muriel and John, from Scotland, caught the Fred Olsen ferry from Los Christianos to San Sebastian on La Gomera. 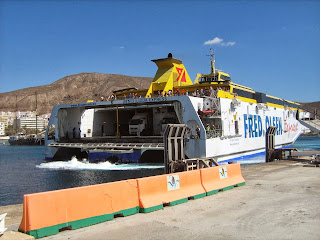 A taxi driver, who would have done well at Formula 1 motor racing, drove us from the port up and down a continuous series of hairpin bends past a perpetual array of spectacular views to the hotel.  The hotel consisted of a main building housing the reception, restaurants, bars, sports facilities etc and the 460 bedrooms and suites were arranged carefully in the beautiful grounds along the cliff top. 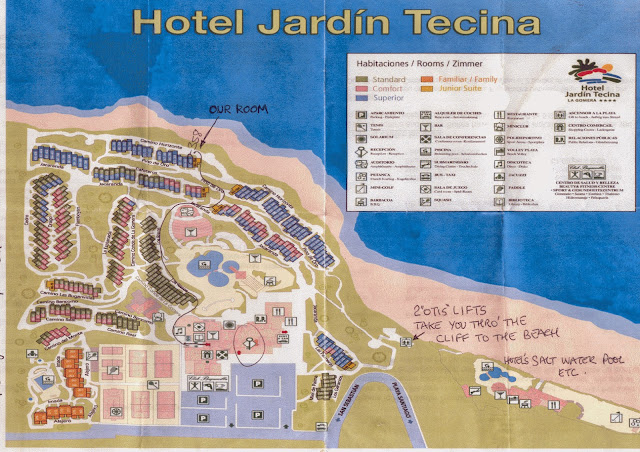 So there we were perched up on the top of the cliffs.  This is how it looked from the sea. 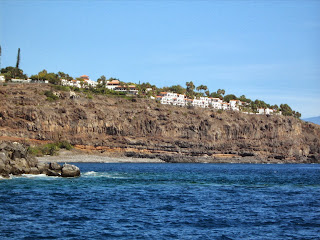 And here are some shots of the hotel grounds 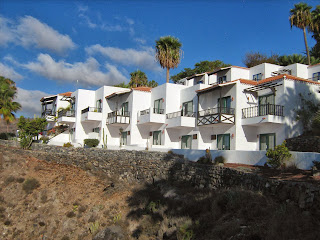 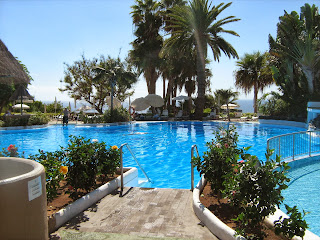 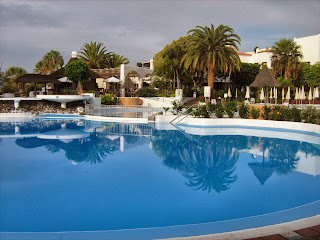 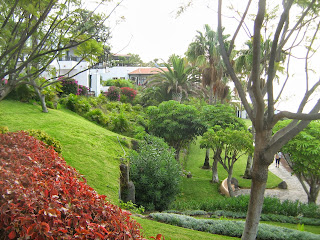 Next is an aerial view of the hotel's salt water pool and other facilities next to the sea seen from the lift landing. 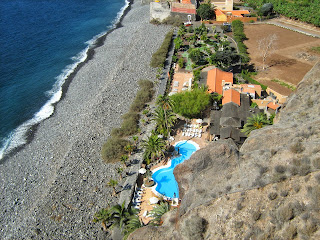 I was disappointed to find that Spain now requires sea anglers to have a fishing license especially as I met a local chap who had caught a large barracuda just off the harbour breakwater.  So I tried to charter a sport fishing boat (they have a license that covers you) to go after the serious stuff, like Tuna and sail fish but I was told that a new film version of Moby Dick was being made on the island and all the charter boats had been recruited to help the film crews.  However I spotted these canoeists out on the water. 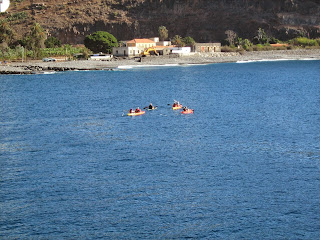 This led me to "Splash Gomera" (http://www.splashgomera.es) in the middle of Playa de Santiago, run by Brian, originally from London.  When I realised that as well as being a canoe instructer Brian was also a SCUBA diving instructor I decided I had to have a dive.  Our friend Muriel kindly let her husband John join me and having had our training session off we went with Brian.  The pictures tell the story. 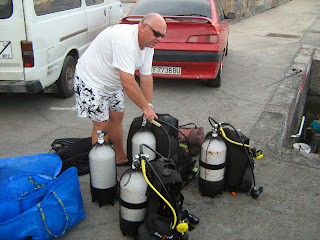 Brian had all the gear 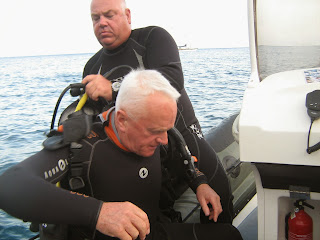 Brian helping John with the kit. 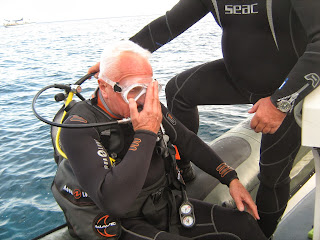 John getting ready to rock and roll over the side. 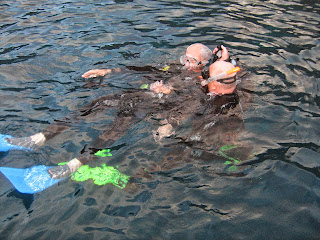 Me in the water, totally relaxed with Brian working on reducing my buoyancy! 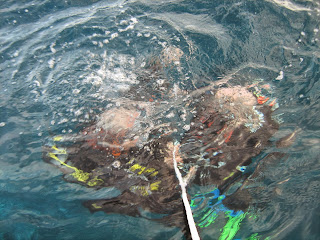 And down we go! 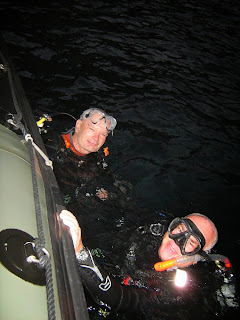 When we got back it was nearly dark but we were smiling because it had been a great experience with clear water and plenty of fish etc.
If you want to know about the walk in the wild northwest (of the island) and the encounter with whales and dolphins please read the next post.
Posted by Unknown at 12:42