Having dropped my son off at Heathrow Airport for his 12 days holiday in the USA, I drove to the LondonTemple, near Lingfield and gave another one of my friends there a casting lesson on grass.  Then as the fog had lifted and the sun was shining I drove south to Nutley to fish Boringwheel Trout Fishery.  The location is just south of Nutley and you turn left onto Cackle Street and then follow this narrow winding road down hill for around half a mile.  The entrance to the fishery, which is on the left is not easy to spot as the name is on the gate and the gate is open.  The first time I went there I overshot and only spotted it after I had turned round.  You then drive up a paved road and park in the tennis court! 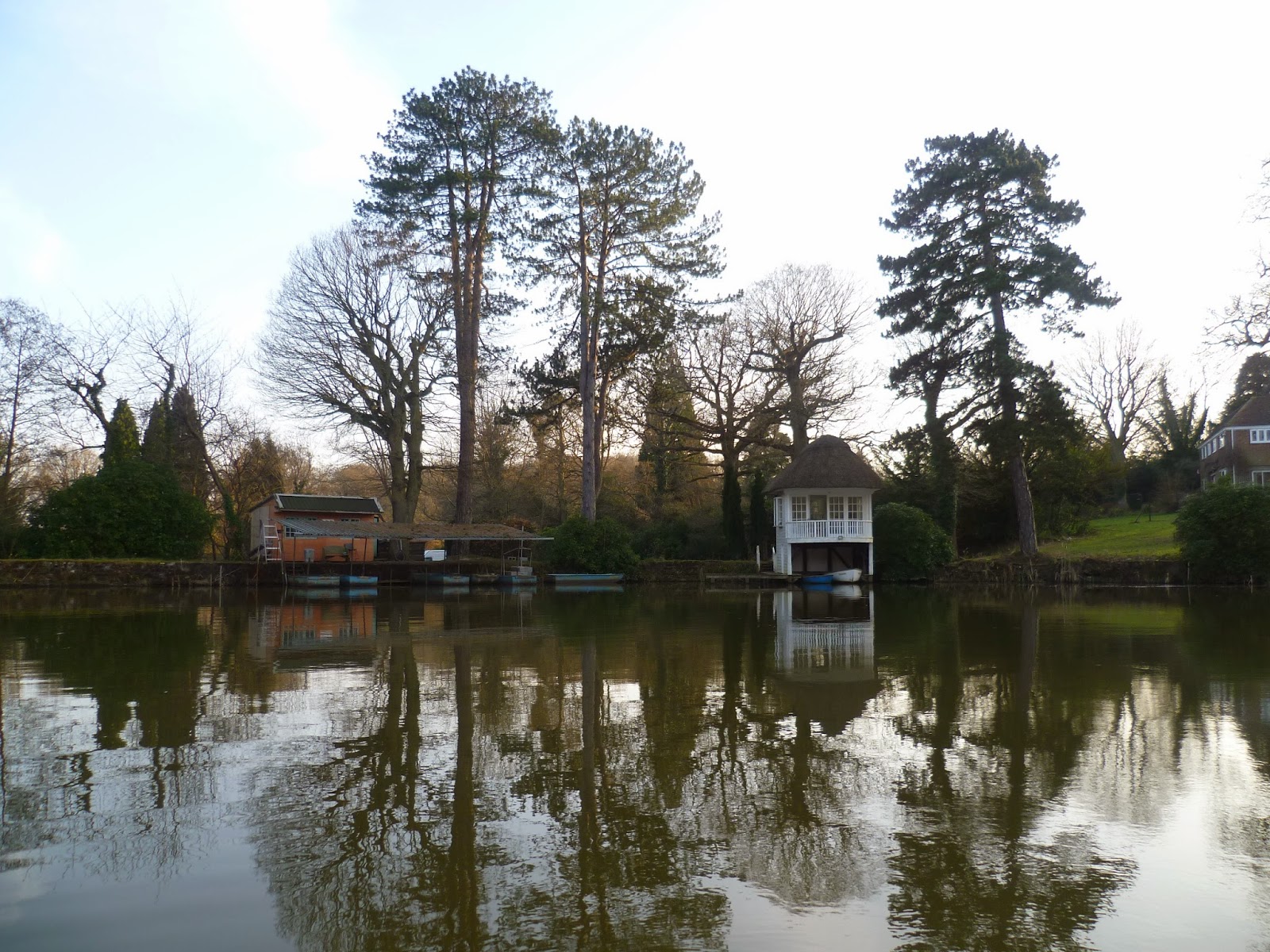 I was there to check out the water clarity (before I bring any more friends there) and I wanted to try the "gold headed daddy long legs" that had been so successful at Coltsfold Mill earlier in the week (see last post).  Well the water clarity was improved now that we had gone for some time without rain so I decided to fish and bought myself a 2-fish ticket.
I tried the modified daddy down in the corner where the outflow is.  Third cast and I had a firm pull but did not hook up.  When I checked the fly, surprise, surprise, one of the rubber legs was missing! A few casts later and I was in, and I landed a perfect rainbow specimen.
I then walked round the lake and fished next to an elderly gentleman called Peter, he went on to catch on drowned sedges and a gold ribbed hare's ear. 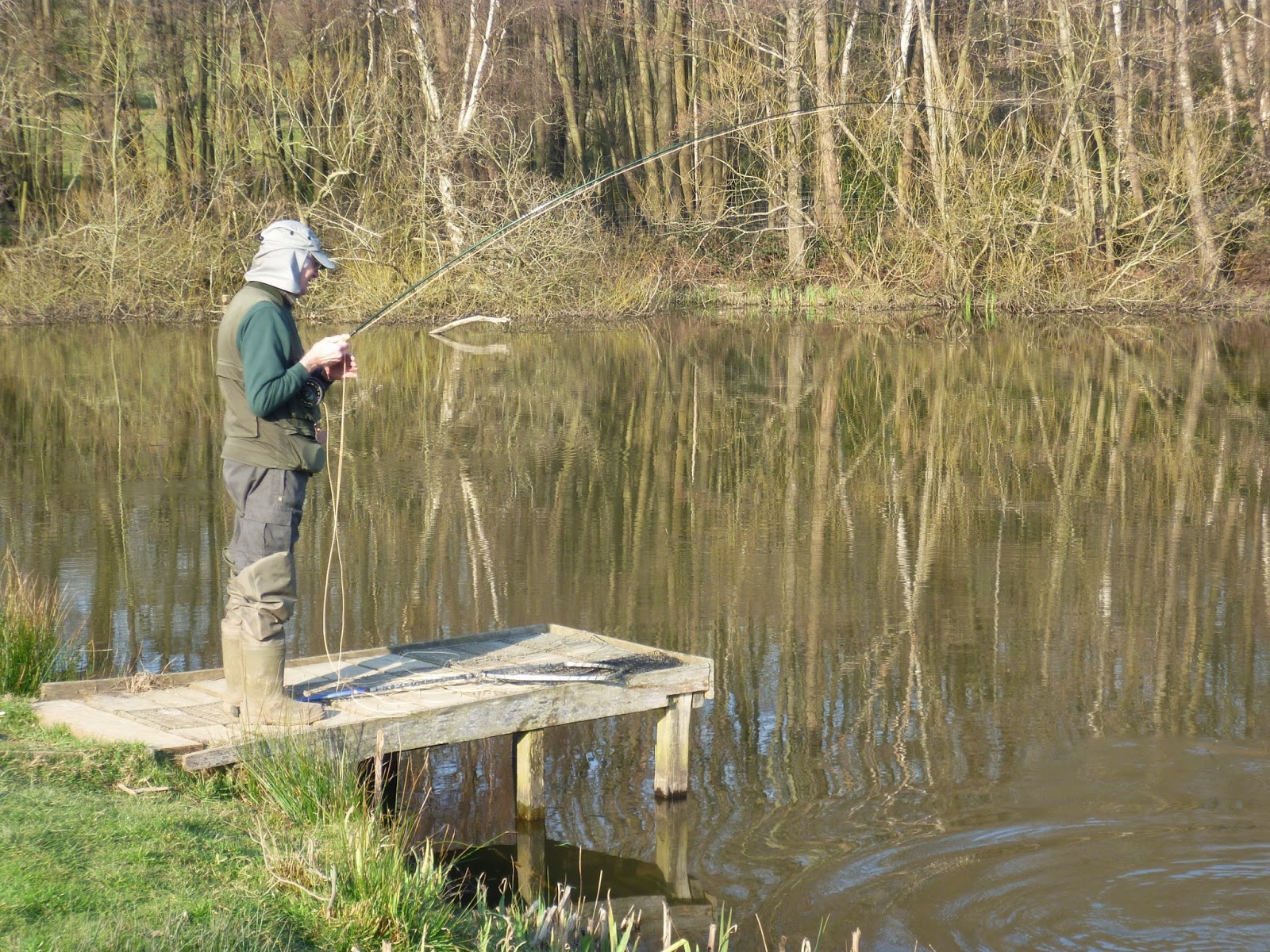 Peter into a fish
I had a few pulls on a cat's whisker, then I tried several other lure patterns to no avail.  There was no breeze and the water was flat calm.  Occasionally a fish would show but usually just out of range.
When the time crept round to 5pm I decided to take the plunge (not literally) and take a boat out.  Now the boats are old but they are very stable and with a couple of pulls on the oars and you glide out into the middle of the lake.  You then need 360 degree vision because activity can occur anywhere.  I targetted fish that showed and eventually a blue flash damsel did the trick and I boated a cracking specimen who managed to pull the boat along before he surrendered. 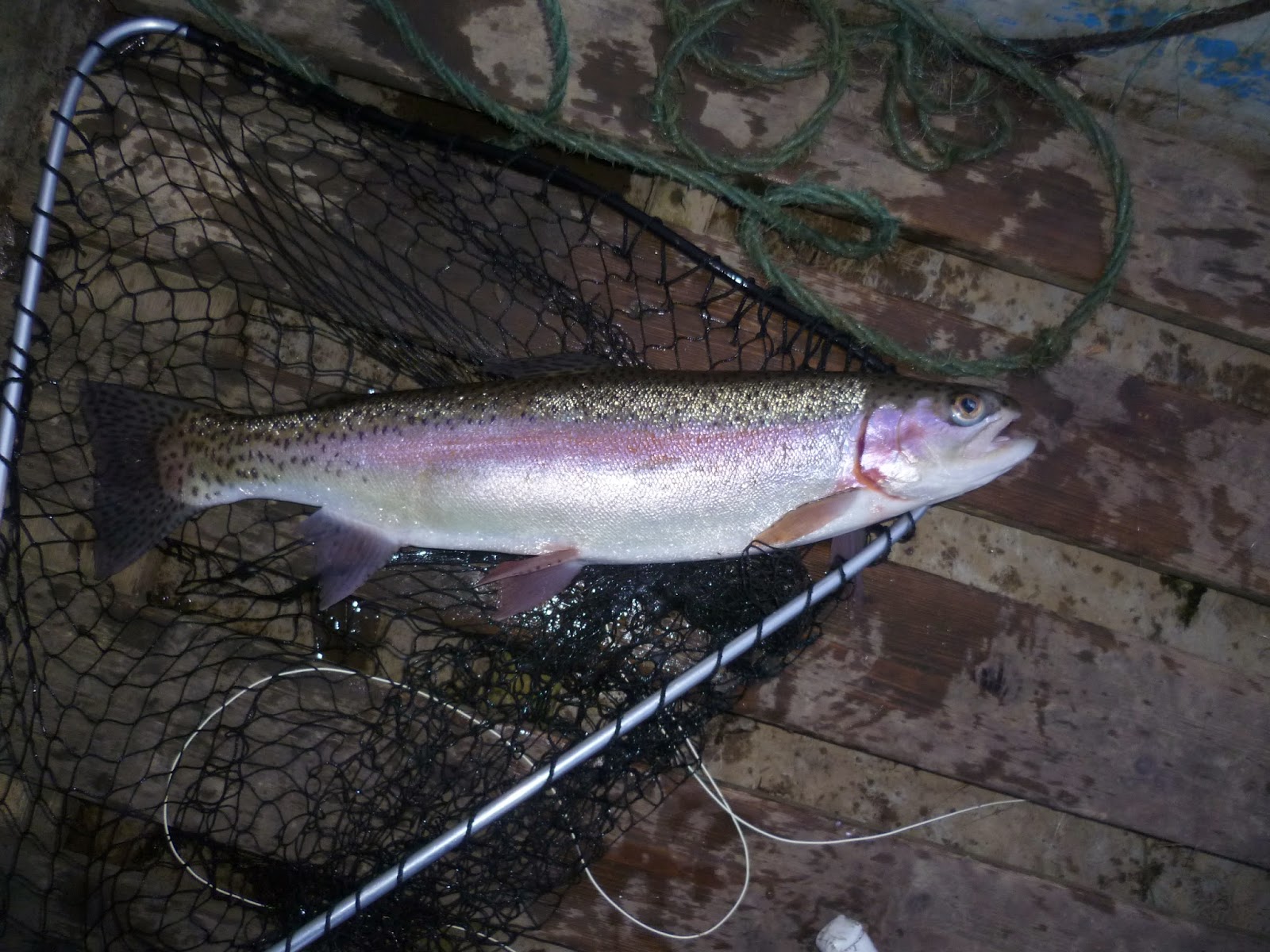 The second fish like the first, was a cracker!
Posted by Unknown at 14:13