Bewl Water: Stocking in progress and the latest fishing report 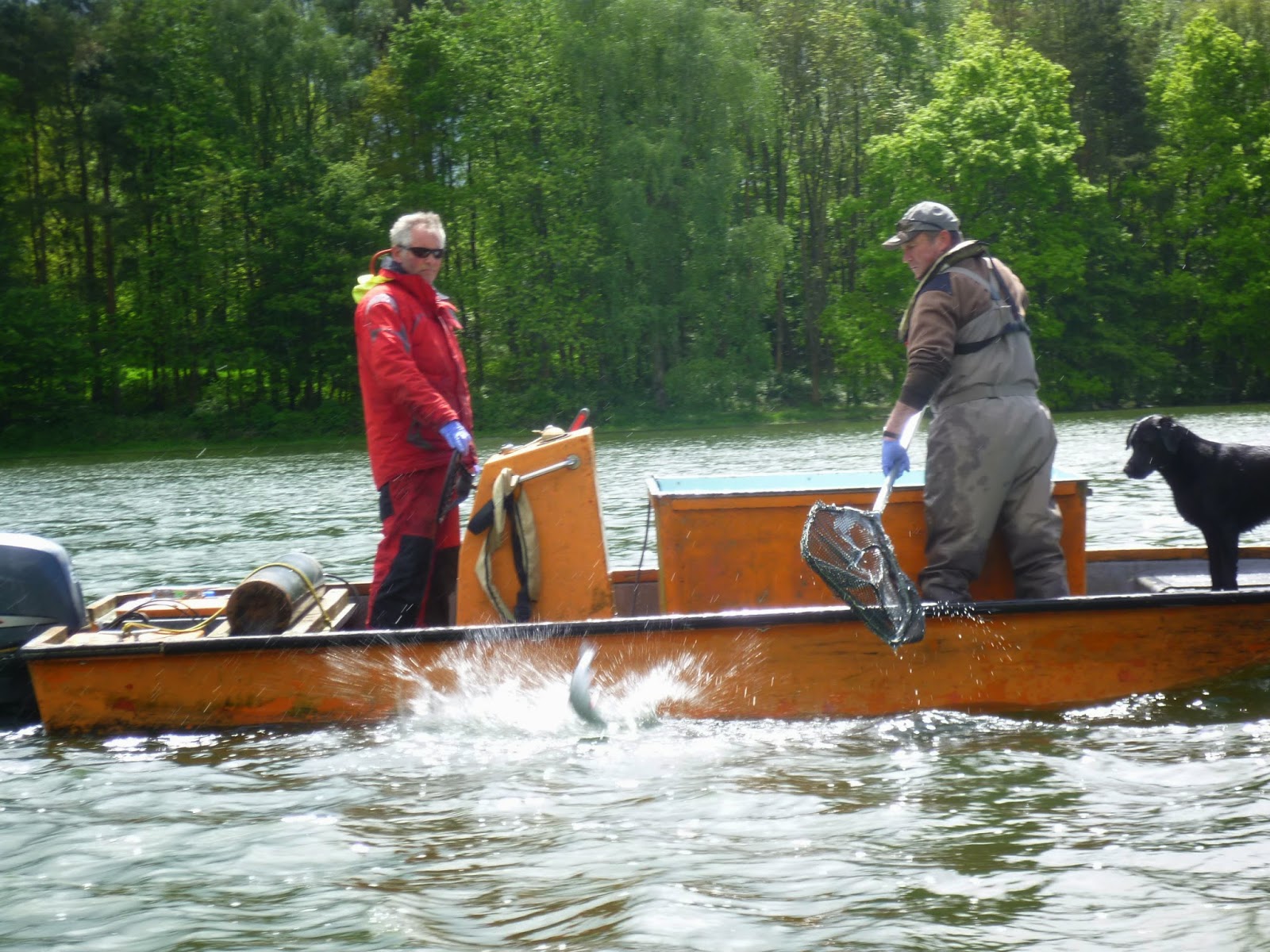 Last Monday Malcolm and I were struggling to connect with fish in the strong variable winds and then we spotted Vince and Howard in the stocking boat. We had a brief chat with them as they were seeding Rosemary's Lane with 250 blues.  I was impressed that they were actually counting the fish in as they released them.  Needless to say I managed to hook up to a couple in that area after they had settled down. They gave me the arm wrenching response as they took a cats.
As we were leaving Vince kindly stopped for a chat and gave me some advice on how to find the fish in Bewl when the wind is up and swinging from all quarters!
I will put that in another post as soon as I find time.  Meanwhile here is the latest Bewl Fishing report from Janet.


Strong winds and heavy rain deterred most anglers at the end of last week and the weekend. Those who did brave the elements were rewarded with some good fishing. Rod average for the week was 2.7 and the fish have started to go deeper in the water and have been 4-5 feet down.


1000 blue trout were stocked on Monday and all trout are spread out across the water. Best areas for boats have been Hook Straight, The Nose , Hatheralls and Rosemary Lane.


Successful flies haven't changed much again - Cormorants, Boobies, Damsels and green and black flies such as Vivas and Montanas.

With weekends very busy, we need all the life jackets we have. 40 have gone missing already this season which has added a further £2,500 to the fishery's running costs. Removal of Bewl Water
property from the site should be treated as theft, however we accept that many of these may have been removed accidently and so would ask that you check cars, sheds etc and return any found immediately to the Fishing Lodge as they must be checked before they go back into use.