BEWL WATER: HOW TO FIND THE TROUT ON WINDY DAYS

There are literally thousands of trout in Bewl Water.  However, because of its size sometimes it can be a bit of a challenge to find the fish.  Normally, one would ask Janet or Coral at the Lodge or speak to one of the fishery team on the jetty.  They want to help you because they want you to catch (happy fishers come back!).  You can also help yourself by watching other boats (binoculars can be useful) and trying the locations that regularly hold fish, like Rosemary's Lane, Canoe Club Corner, The Nose, the top of Hook Straight, Monty's Seat, etc.  Now the fish tend to go where there is food so a northerly wind blowing over the top of the main dam pushes the surface water away from the dam and that draws up water and potentially food from the depths.
If the wind has been blowing in the same direction for several days really experienced Bewl fishers can usually predict where the fish will be.  Usually they fish on the drift (loch style) with a drogue (underwater parachute) out to slow the drift down and keep the boat at right angles to the wind.  This means you are always covering fresh water.  If I can I like to start my drift from a known point like a buoy.  This is so that if I find I am travelling over fish and hopefully catching them when the drift is exhausted or I stop catching I can motor back and repeat a similar drift.  If you see another boat on the drift catching then you can motor in behind them (allowing plenty of space) and follow their drift. What you must not do is sneak in front of them as that is regarded as poor form and will probably get a verbal response! 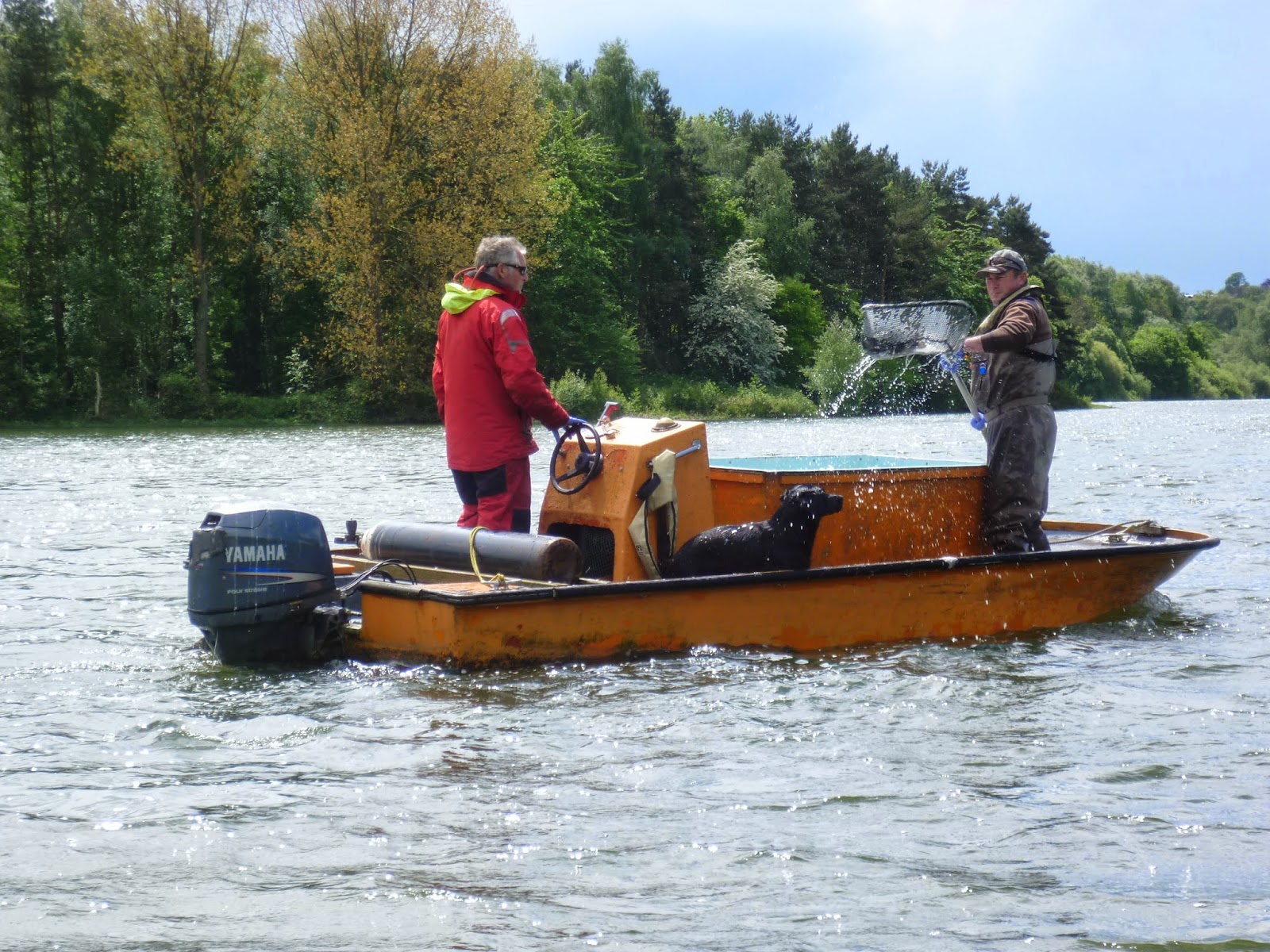 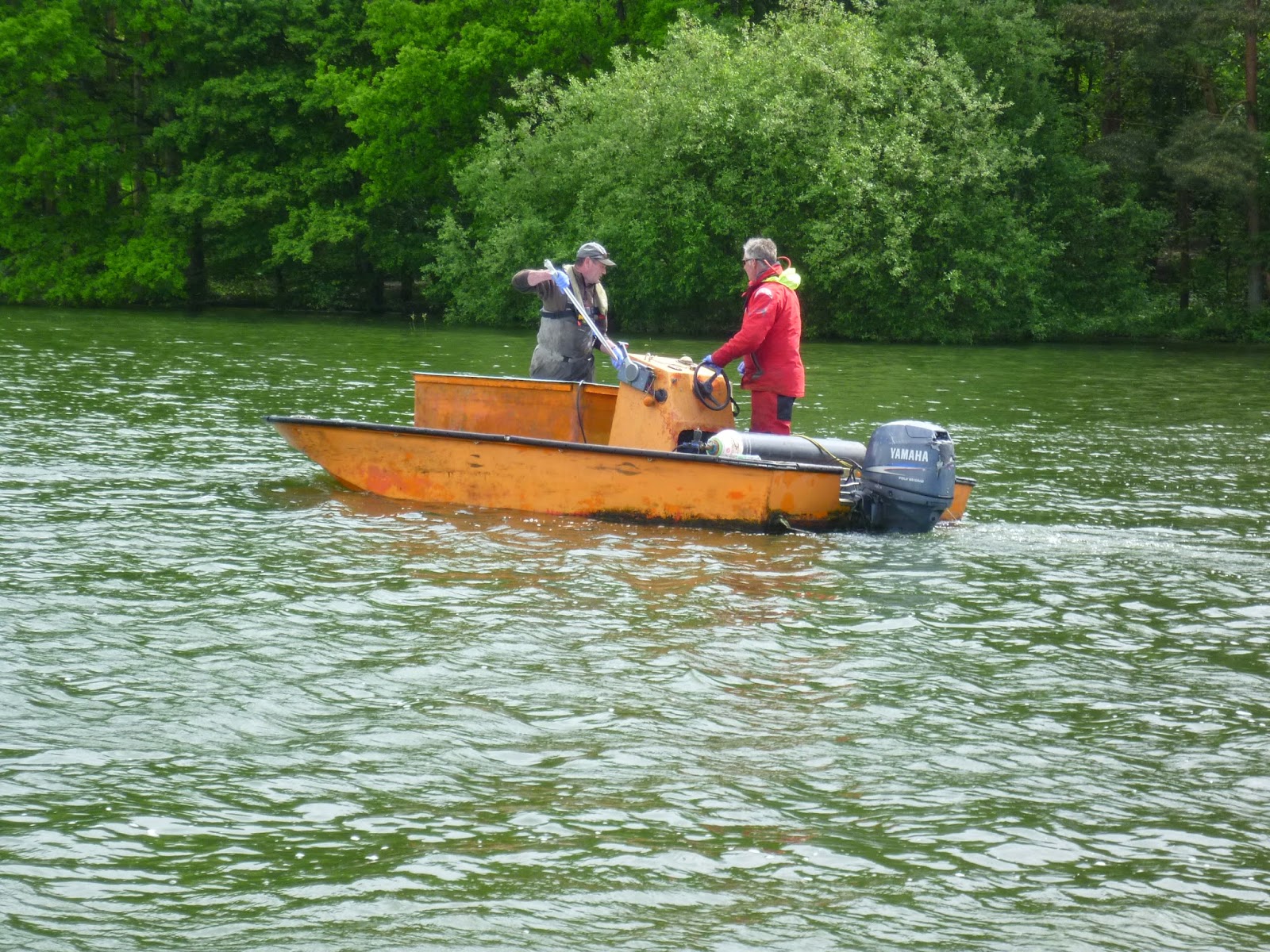 After my last session at Bewl where I actually saw the fish being stocked, Vince Brooks who works at the fishery and fishes for England, kindly stopped and gave me the following advice on how to speed up the process of finding the fish especially when it is windy:-
Doing this you drift fast and cover a lot of water but it speeds up the process of finding the fish. Having found them you may want to try a more subtle approach.  I am looking forward to trying Vince's approach on my next visit!
However, now I am being tempted by the chalk streams and the mayfly.  My next post will be about that.