We had planned to fish on Monday so when the weather man said 5 degrees C, strong winds and the risk of showers we did hesitate!  But then you can wrap up, don fancy head gear, break out the finger-less mitts and wear two pairs of thick socks and if all else fails skin is waterproof!
In the end we had wind and sun, cloud and a 10 minute snow shower but we survived and we even caught. 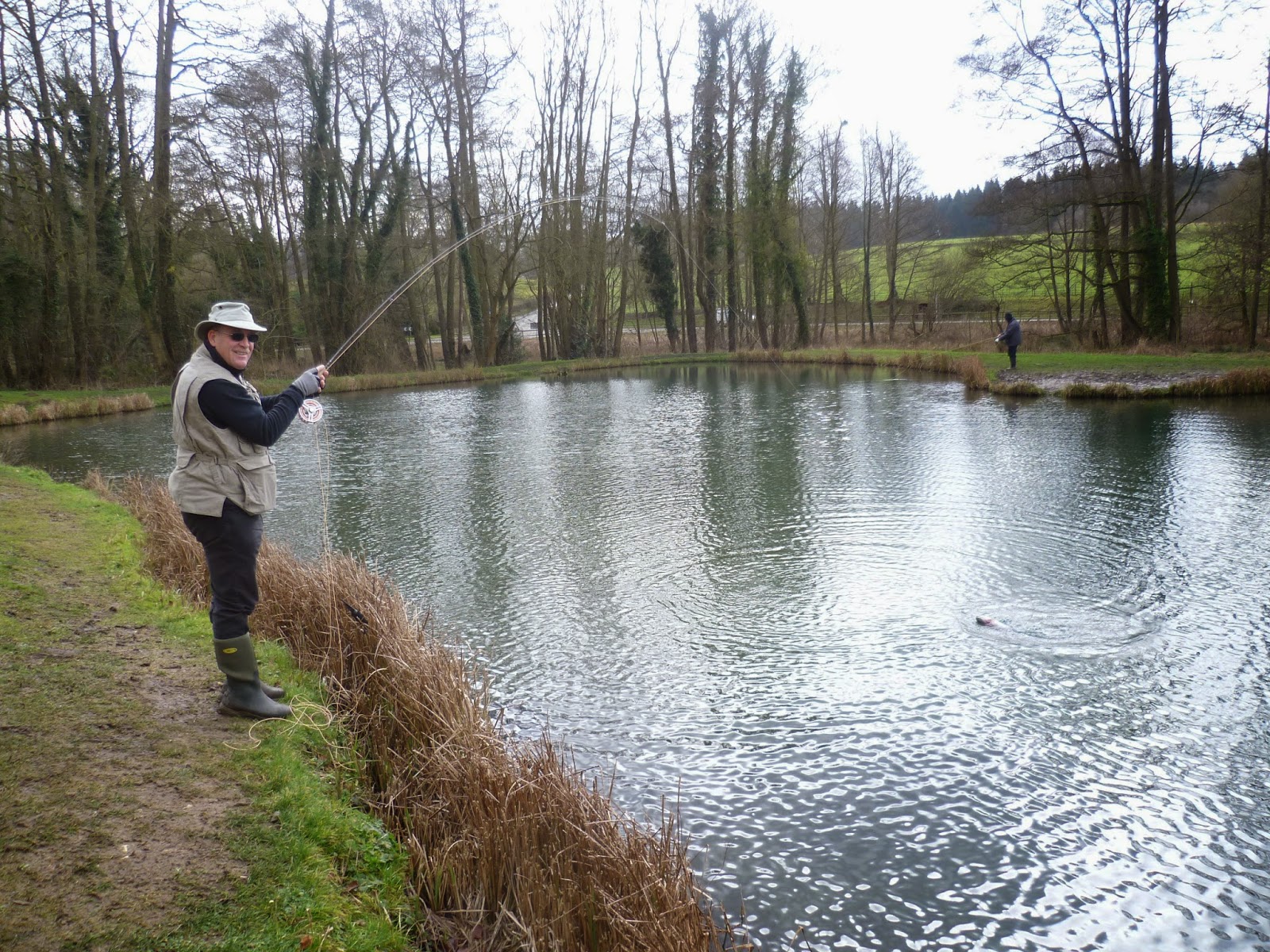 Malcolm was the first to catch but Richard (pictured above and below) had only been fishing the Wood Lodge Pool for 15 minutes when he caught on a blood worm with long rubber legs. 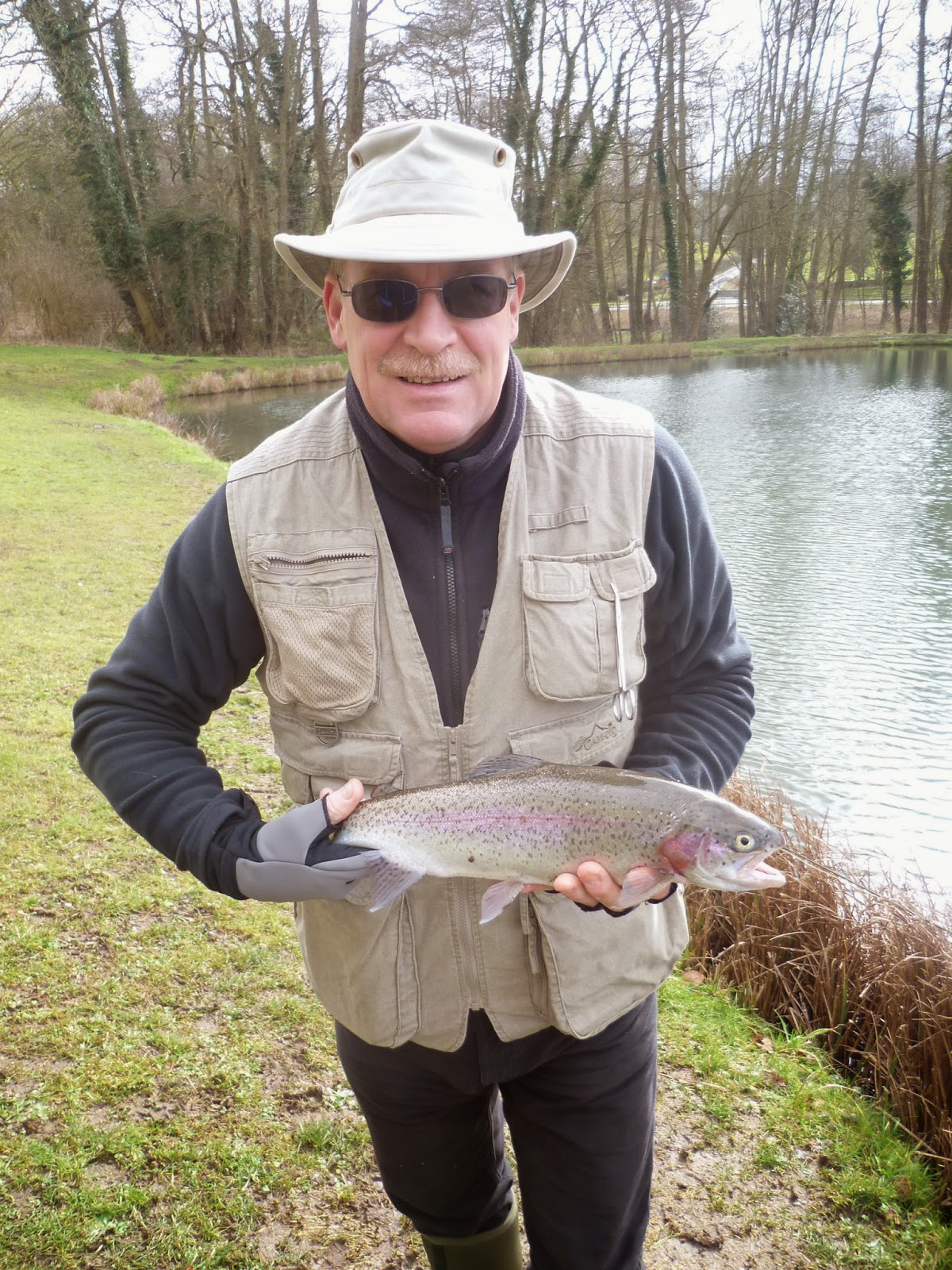 Later we moved down to Mill House Lake and found some fish deep by the monk.  I caught on a gold head daddy with rubber legs. 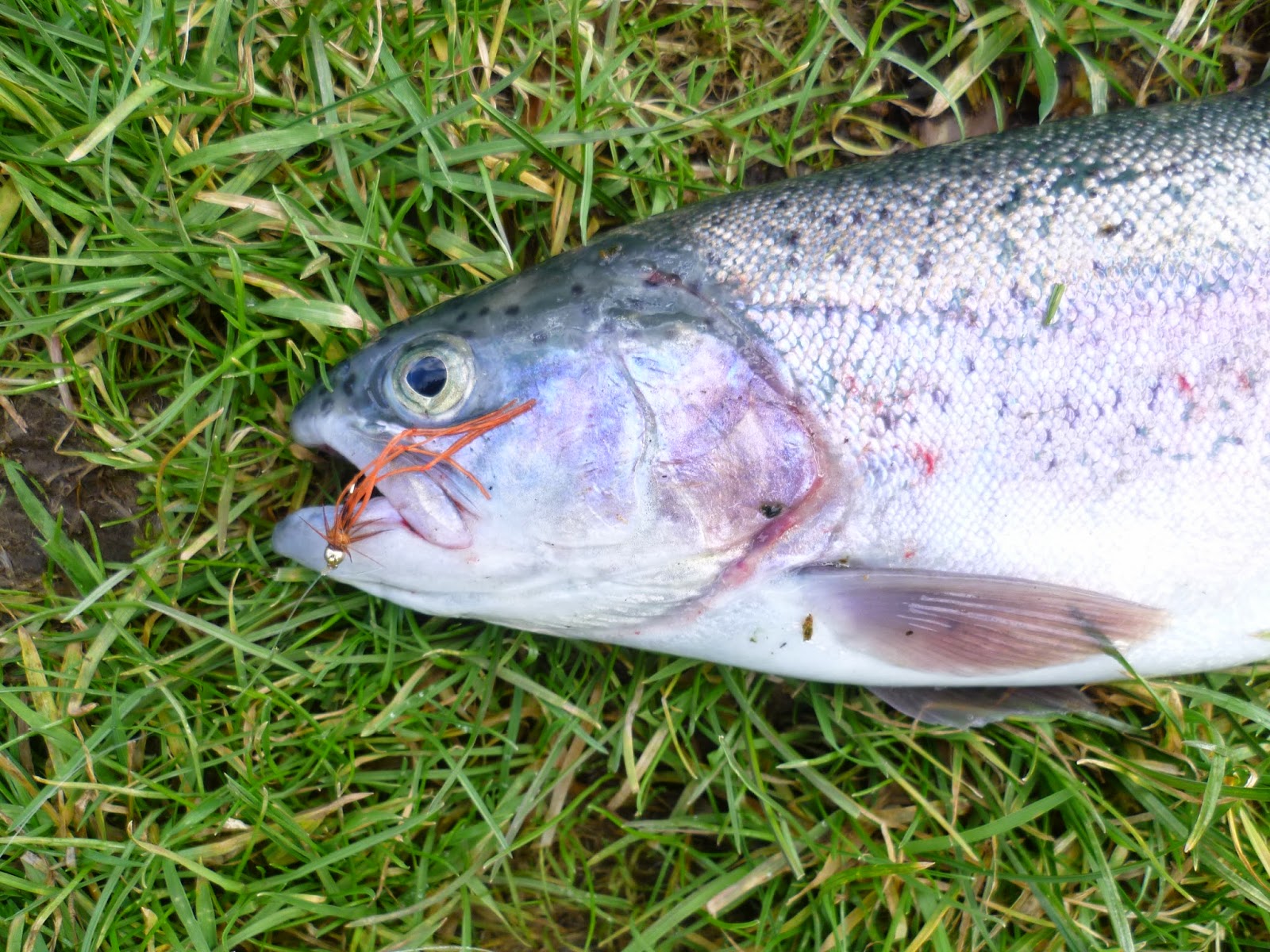 The monk (seen below) is the name given to the outflow structure one side of which features a series of wooden slats.  The level of the lake is controlled by the height of the slats.  When the lake is to be drained the slats are removed and the water flows into the structure and down a pipe at the bottom.  The monk is always at the deep end of the lake, where fish may hang out in very cold or very warm weather. 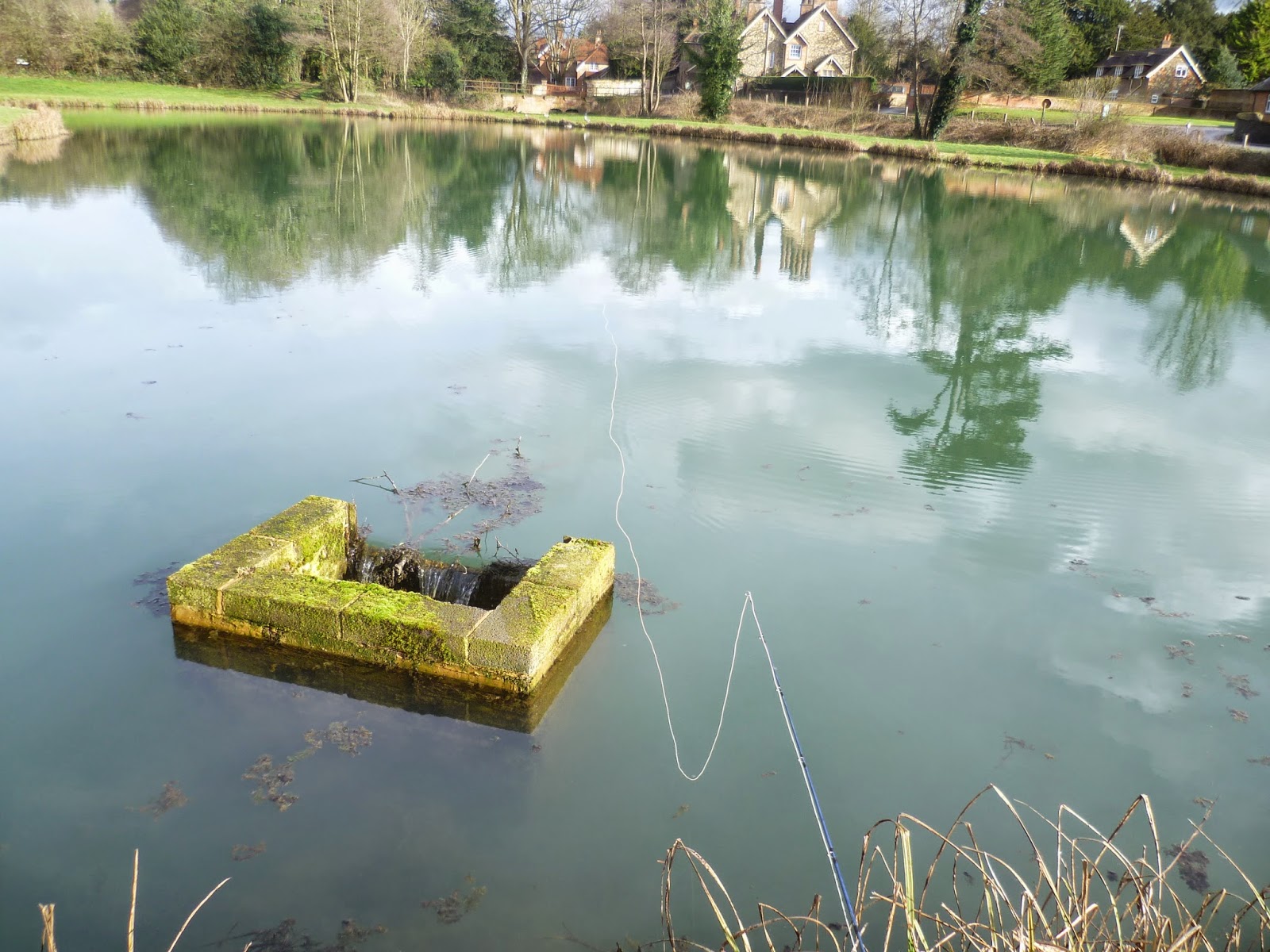 Malcolm (below), well wrapped up, survived the snow shower but missed his fingerless mitts. 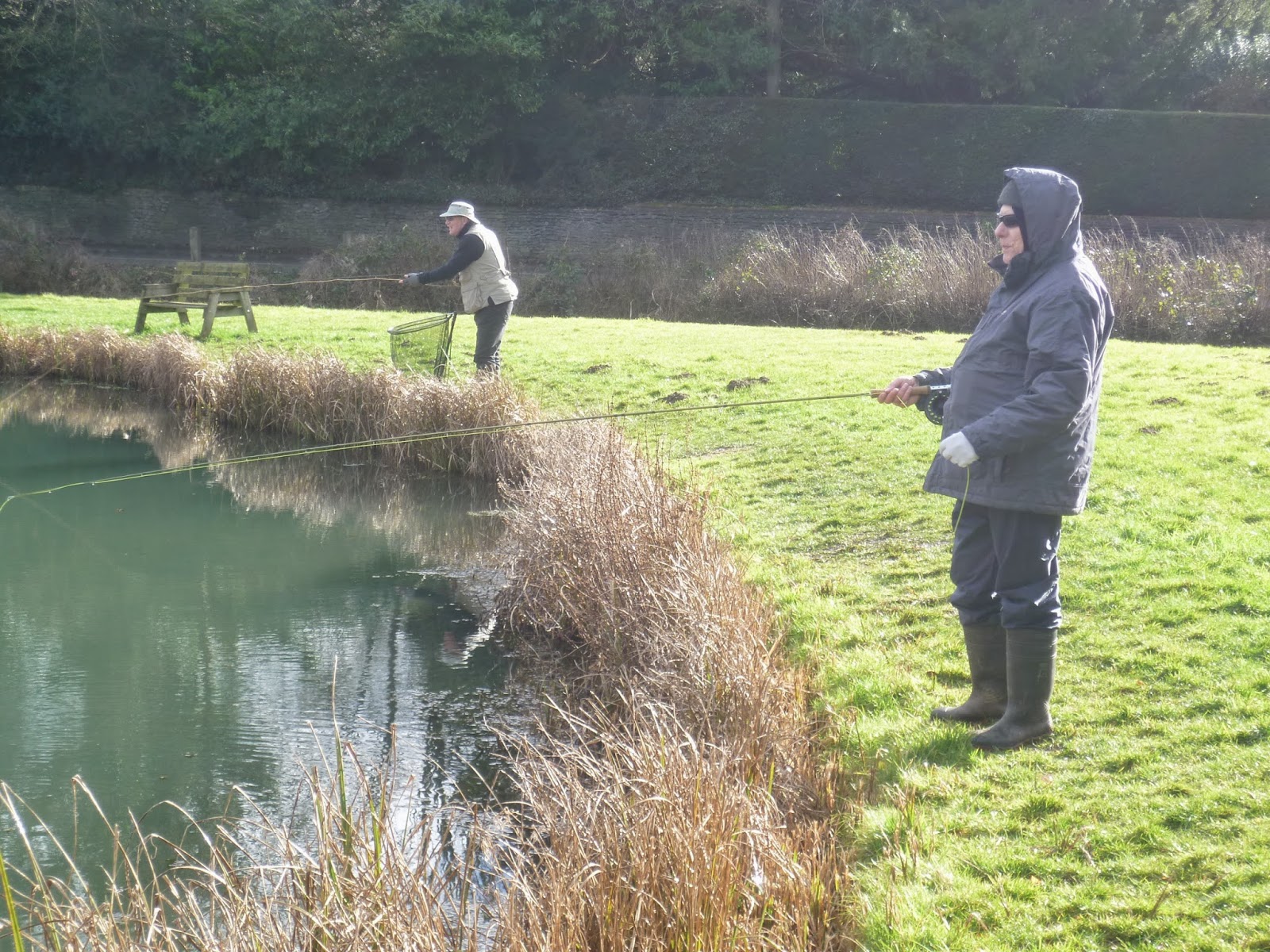 So we all came away with a brace each.  The fish were all 2lb plus and one was a 3, all in perfect fighting condition.

I noticed on the Albury web site that there was an aerial video of the lakes we had been fishing. You can see it at https://www.youtube.com/watch?v=CPF1W-ZyaxM&feature=youtu.be