You will see from the previous post that having been fishing most of the previous night we did not “rise and shine” till around 10 am.  Then we set off for a bit of sightseeing and lunch.  We lunched in St David’s in a pub called the Bishops.  I said I would treat everyone as they had been providing for me throughout the trip.  So I ordered the food and drinks from the barmaid.  After we were sitting down outside waiting for our meal Andy said to me “Well you really upset the barmaid”!  In all innocence I asked how and why?  Andy said he wasn’t sure but I had said something.  Now I wasn’t sure if he was kidding me or not but the others all joined in support of him.  I said I would go and apologise but I couldn't as I didn’t remember which bar maid it was.  Finally Andy came up with the conclusion that I had called her “luv” and apparently Welsh culture does not allow for terms of endearment from men when talking to strange ladies.  I still think I may have been wound up! 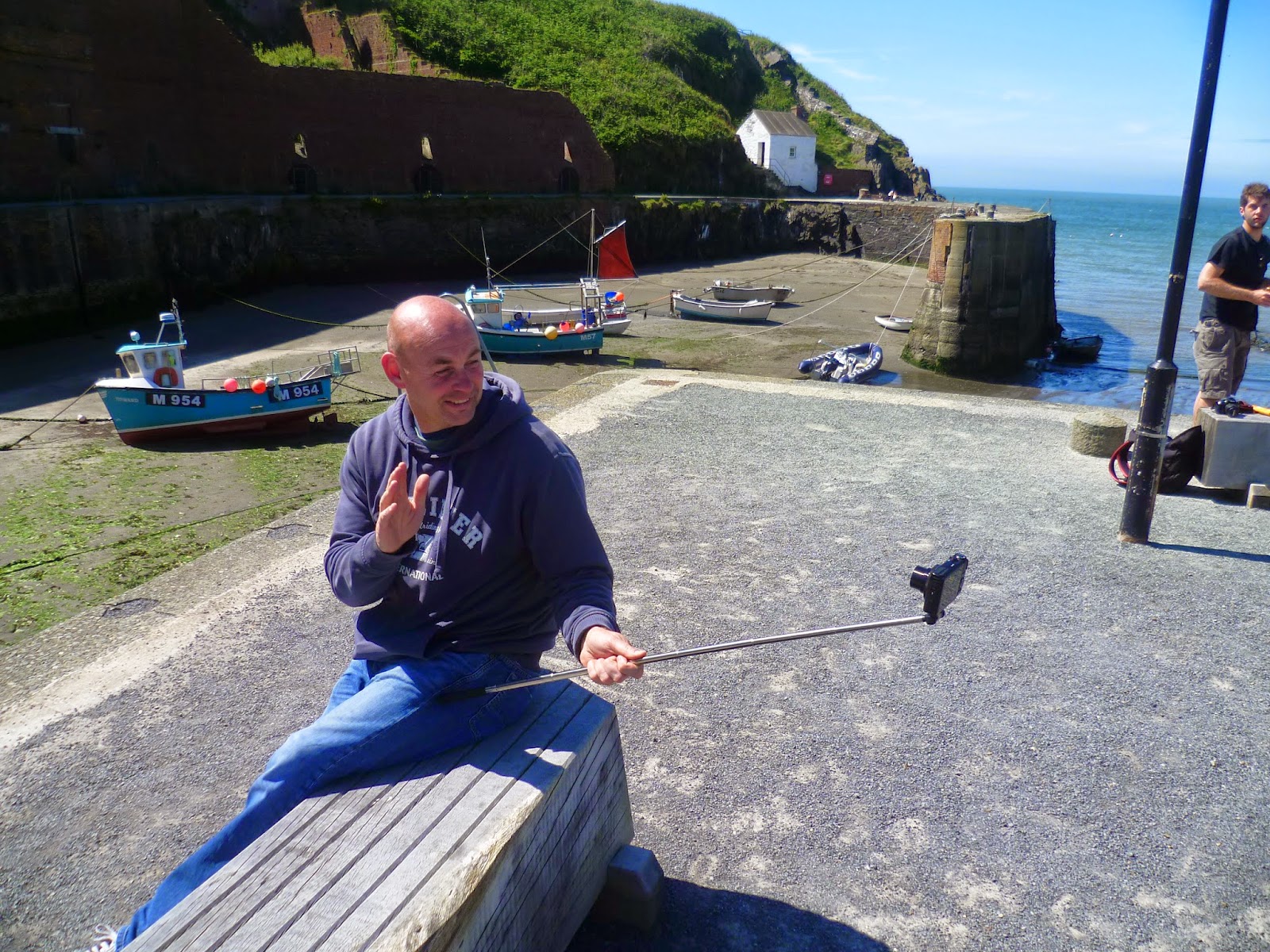 Andy has a new toy, a “selfy stick” that allows him to take numerous pictures of himself. 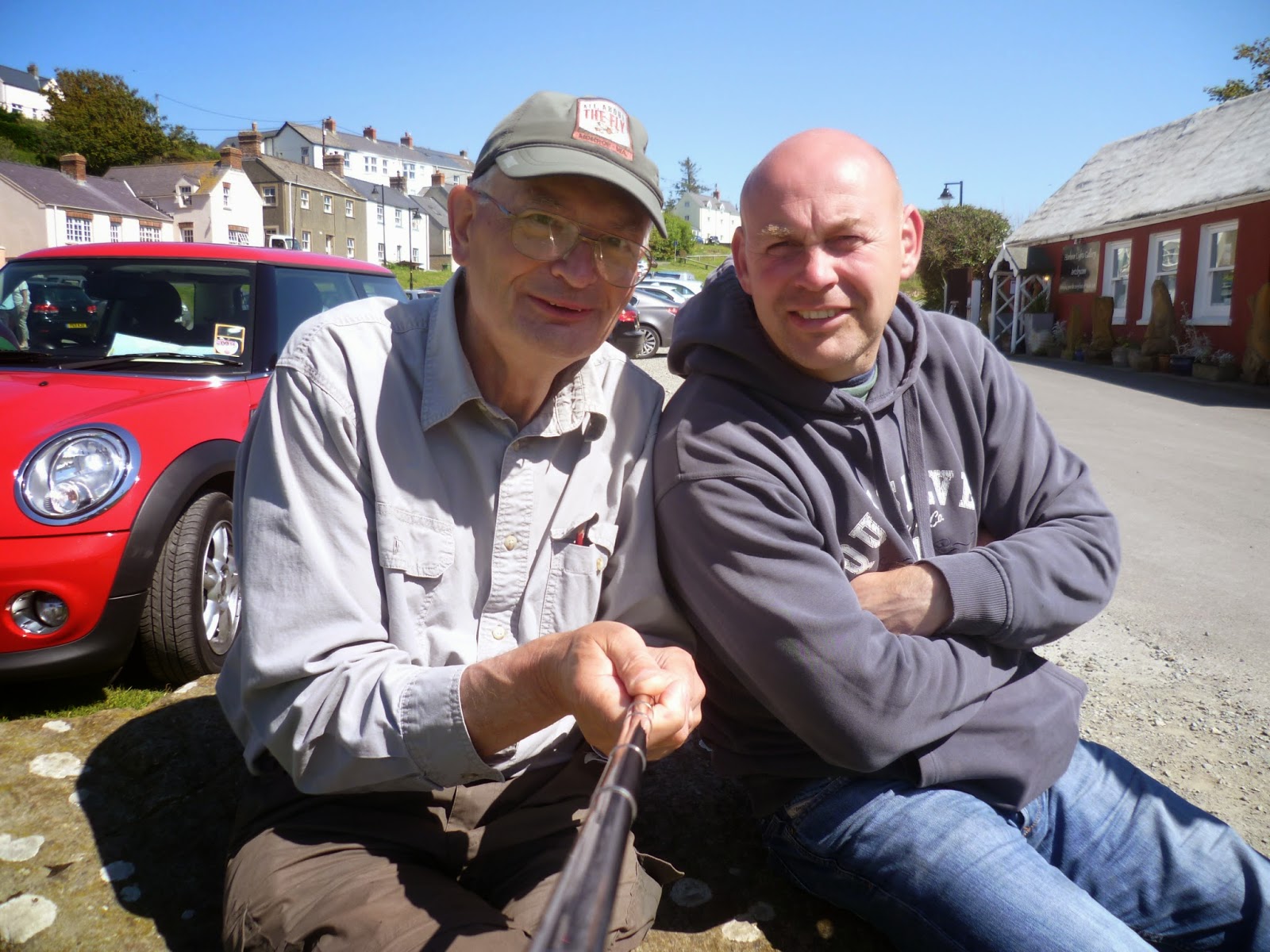 I try the Selfy Stick for myself! 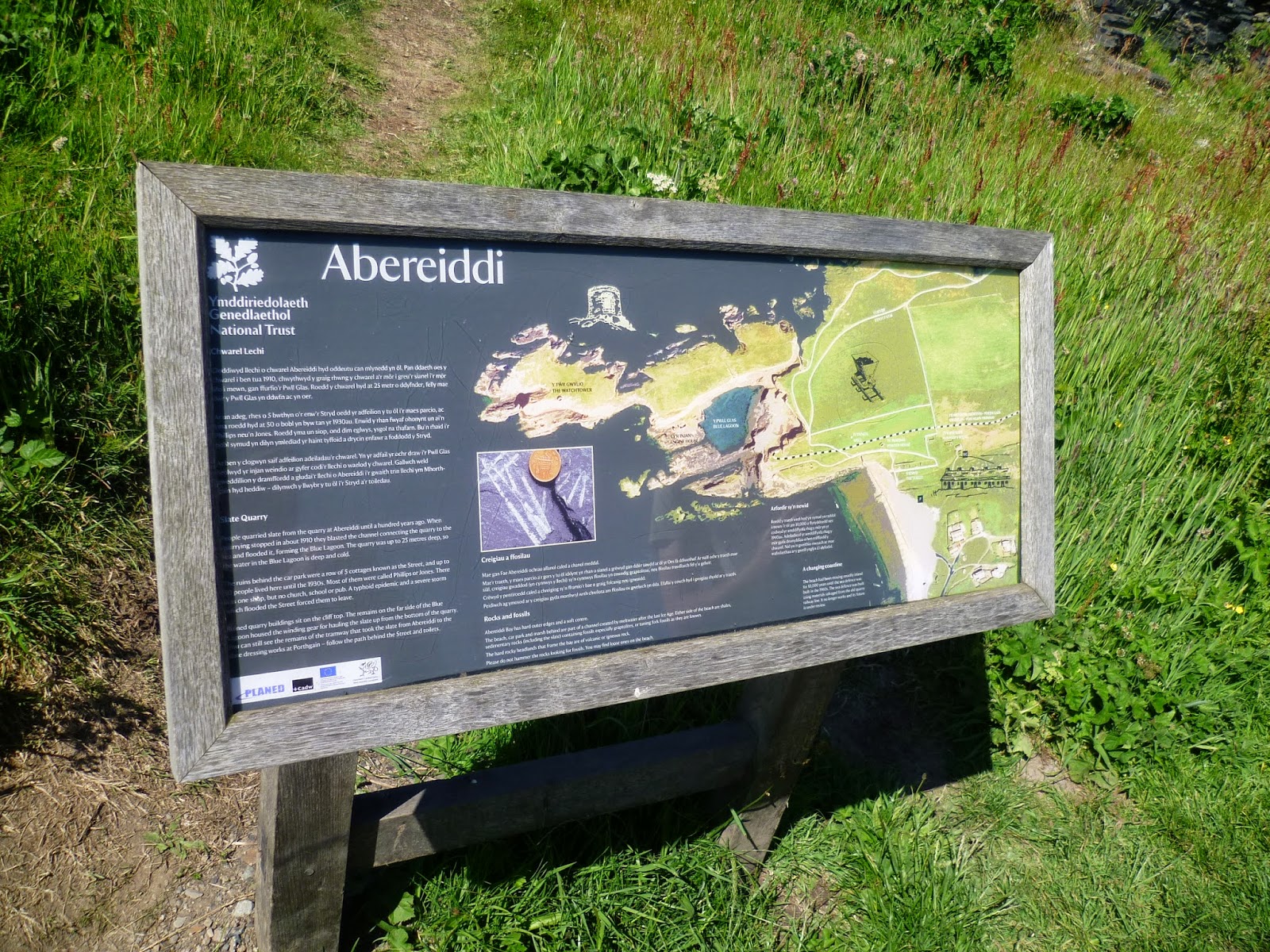 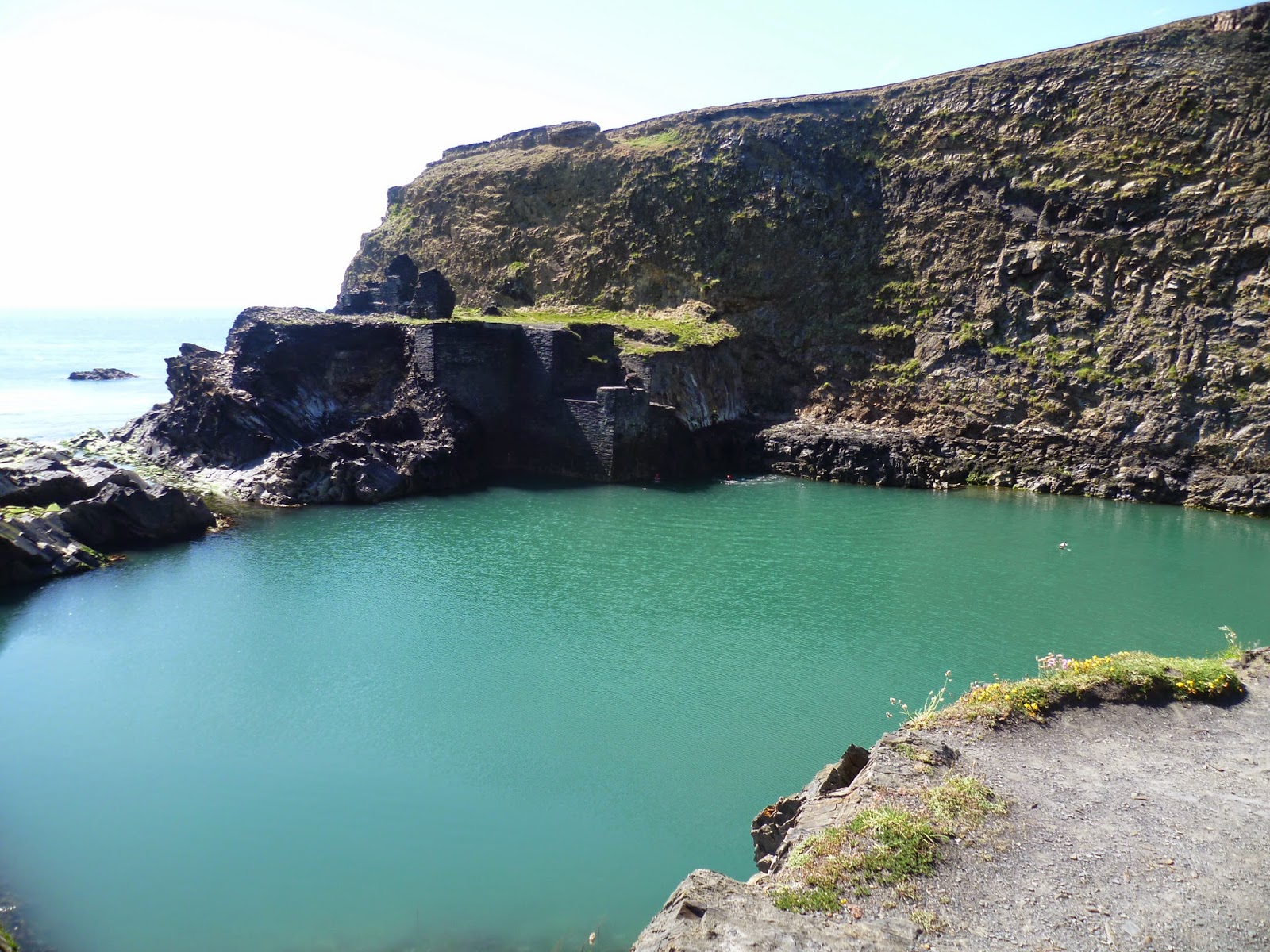 Ian made sure we visited some wonderful places. This is the Blue Lagoon where Red Bull held a diving competition. 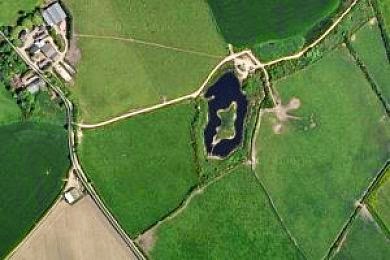 We concluded the day by fly fishing a small still water fishery called Hayscastle.  I suggested making it an international competition with the Welsh team consisting of Ian and Andy and the English team being Rowland and me.  The Welsh lads jumped at it and were soon thrashing the water in bright sunlight and a cool breeze.  It wasn’t long before Andy using an intermediate line and a cats whisker had his first fish.  I tried a damsel nymph (as there were hundreds hatching) and then worked my way through my fly box using floating, intermediate and sinking lines as appropriate all to no avail.  Meanwhile Andy had his second fish and then lost another.  Almost in desperation I put three buzzers (chironomids) spaced at around 3 feet apart under a strike indicator (also called a bung). On the point I had a heavy white headed red buzzer given me by one of my fishing pals in WA, USA.  I cast out and let it settle and bang I had a good fish on.  Ten minutes later, having banked that fish I was into another and a few minutes after sorting that one I was into a third and the English were in the lead!  Rowland and Ian were still struggling to hook up but Andy kept getting takes and pulls but failed to keep the fish on.  When our watches indicated the competition was over Andy, on stripping down his gear discovered that he had been fishing with a cats whisker with a hook that was missing a bend and a point.  NICE ONE ANDY!
Well the four of us don't fish on Sundays, we go to church, and that was a lovely experience too with the friendly congregation at Milford Haven. 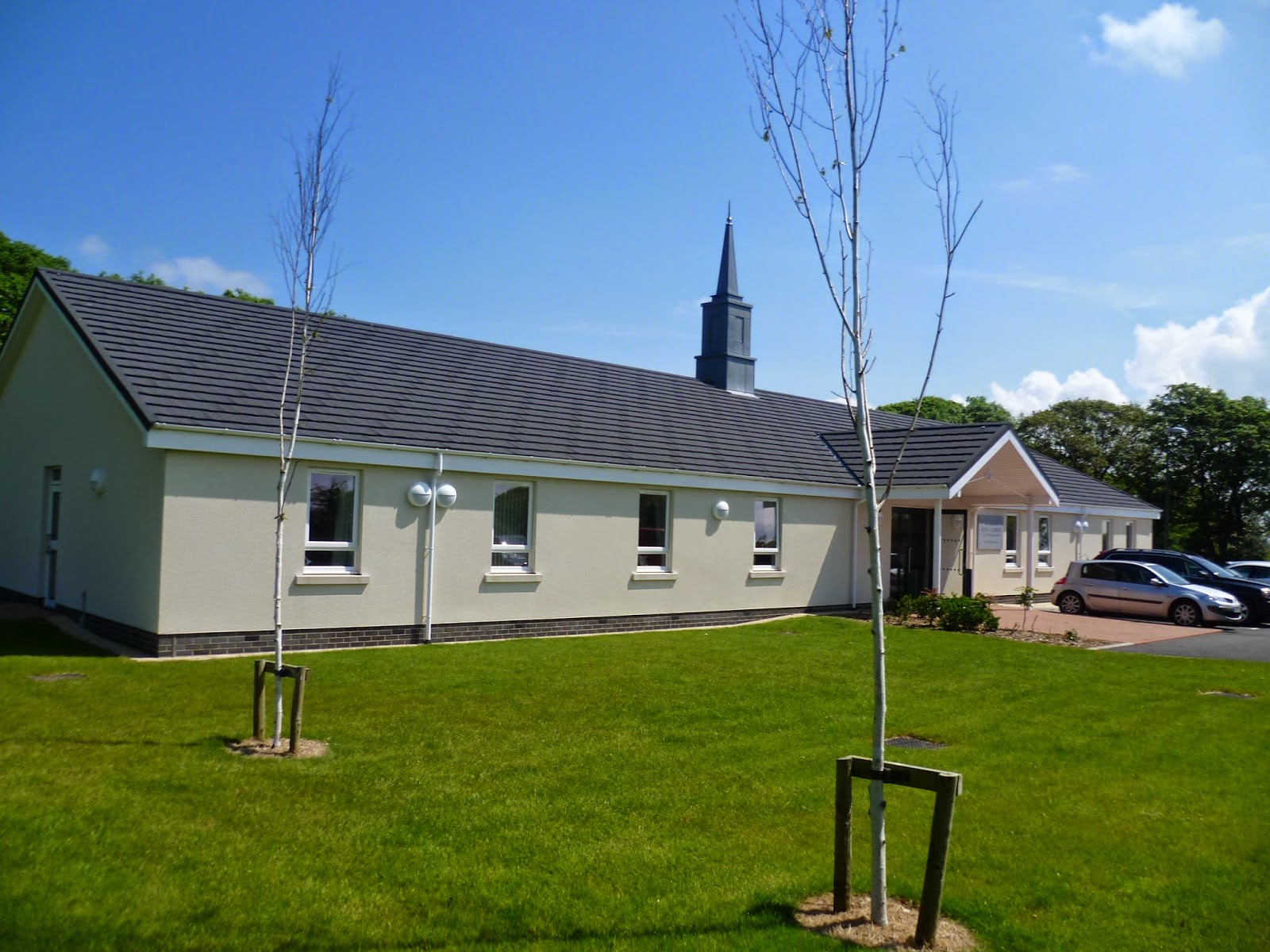