Fly Fisher's Success With a Robot

You will be familiar with the challenge!  You have been invited to stay with someone and you have to think of an appropriate gift to take to then.  Then multiply that by six (mum, dad, three daughters and an eight year old son) and you realise the size of the problem!  The situation is further compounded because they live on the other side of the world and you only see them once each year.  The Dad (Dan) is easy, he misses Cadburys chocolate.  A bunch of hair bands, hair slides and clips, Alice bands etc sorts the girls. The Mum (Holly
the Vet) is bit more challenging but then you spot a book on the intelligence of dogs, and hope it will help her communicate with her patients!  But what do you buy an eight year old boy who has a shed load of toys?  Well whilst walking around "Toys are Us" and resisting the temptation to buy something for myself, I spotted a "science" toy that looked fun.  It was a kit called "Tin Can Robot" for turning an empty drinks can into a moving "Robot"!  It was produced by a company called "Green Science" and cost just under ten pounds (say $15).  This ticked all the boxes as it was clever, vaguely scientific  (which pleases parents) looked fun and was something that grandad probably could help assembling. Harrison really liked it, so few hours after touch down, a somewhat jet lagged grandad was being told which bits went where. 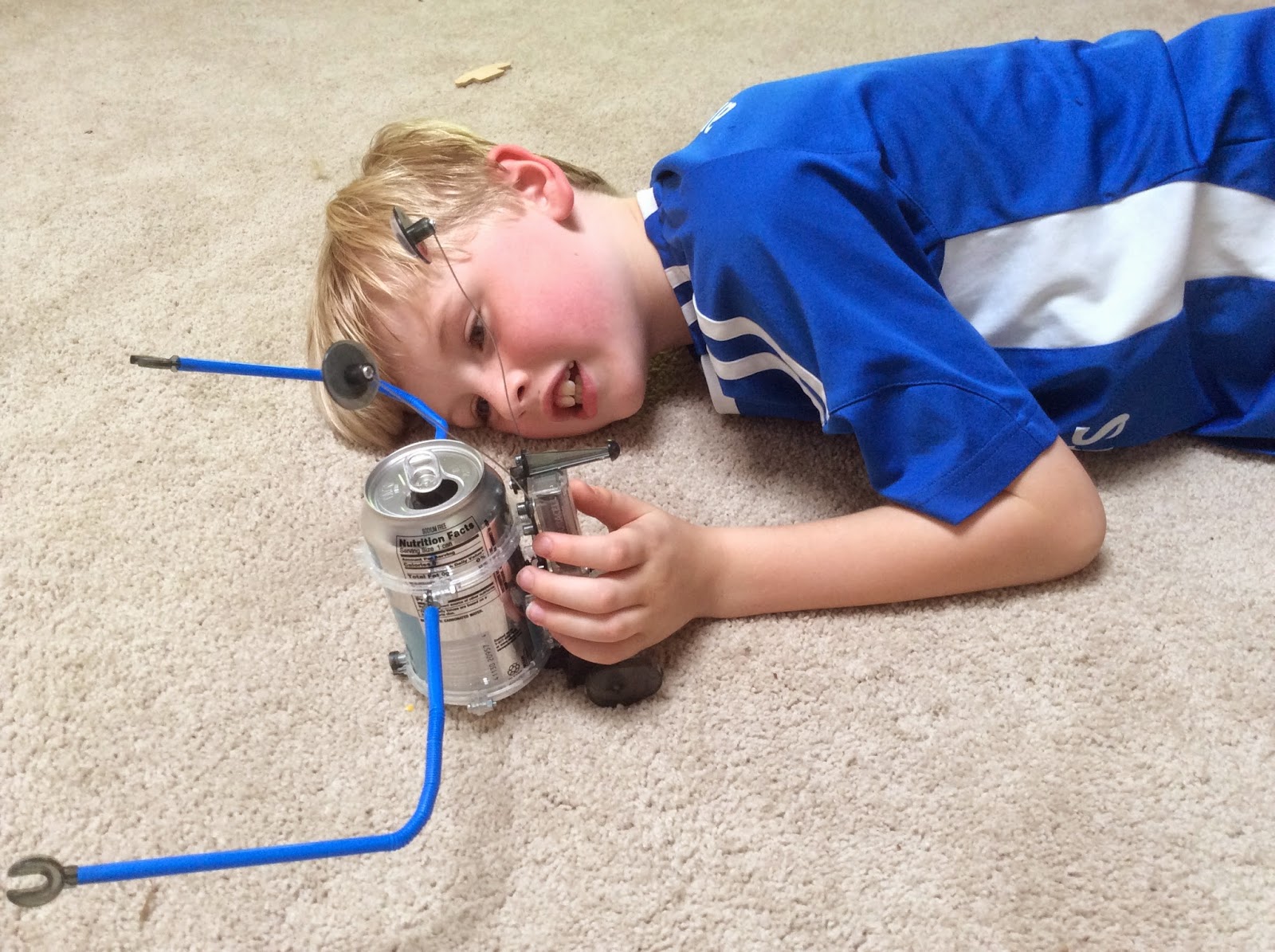 Harrison liked the idea of it having really long arms!
Now I have figured out how to get pictures off of my tablet and onto the blog you will be hearing more of my current US baby sitting and fishing trip!!!
Posted by Unknown at 11:38

Email ThisBlogThis!Share to TwitterShare to FacebookShare to Pinterest
Labels: boys presents, Green Science, robot, Tin Can Robot, Toys are Us