I have only ever fished Bewl Water with a "fly"!  Fly in the broad sense i.e. lures, buzzers, blobs, boobys and dries.  But this year I haven't been fly fishing very well, my best bag to date being five fish. Now that coupled with the fact that I don't like fishing in bright sunlight, especially if the water is warming, reminded me of Henry Ford's famous quote:-

So that made me decide to have a try at something different.  Originally I was going to try fishing buzzers on a very fast sinking line but when I saw (on the Windguru website) that the wind at Bewl was going to be quite strong and from the south, I gave that idea up.  Even with a drogue deployed if you are drifting too fast you just will not get the buzzers deep enough.  So as well as taking my fly gear I packed two short spinning rods!
So for the first time I signed in at the lodge as an "any method" fisher and set off for the deeper water.  Whilst rigging a rod up out on the open water I had a visit from two friendly souls in a green boat.  Having waved a document at me they announced they were from the Environment Agency and would like to see my license!  They came alongside and I was pleased on two counts, firstly I had my license on me and secondly I like to see licenses being checked and I didn't know they can do it afloat. 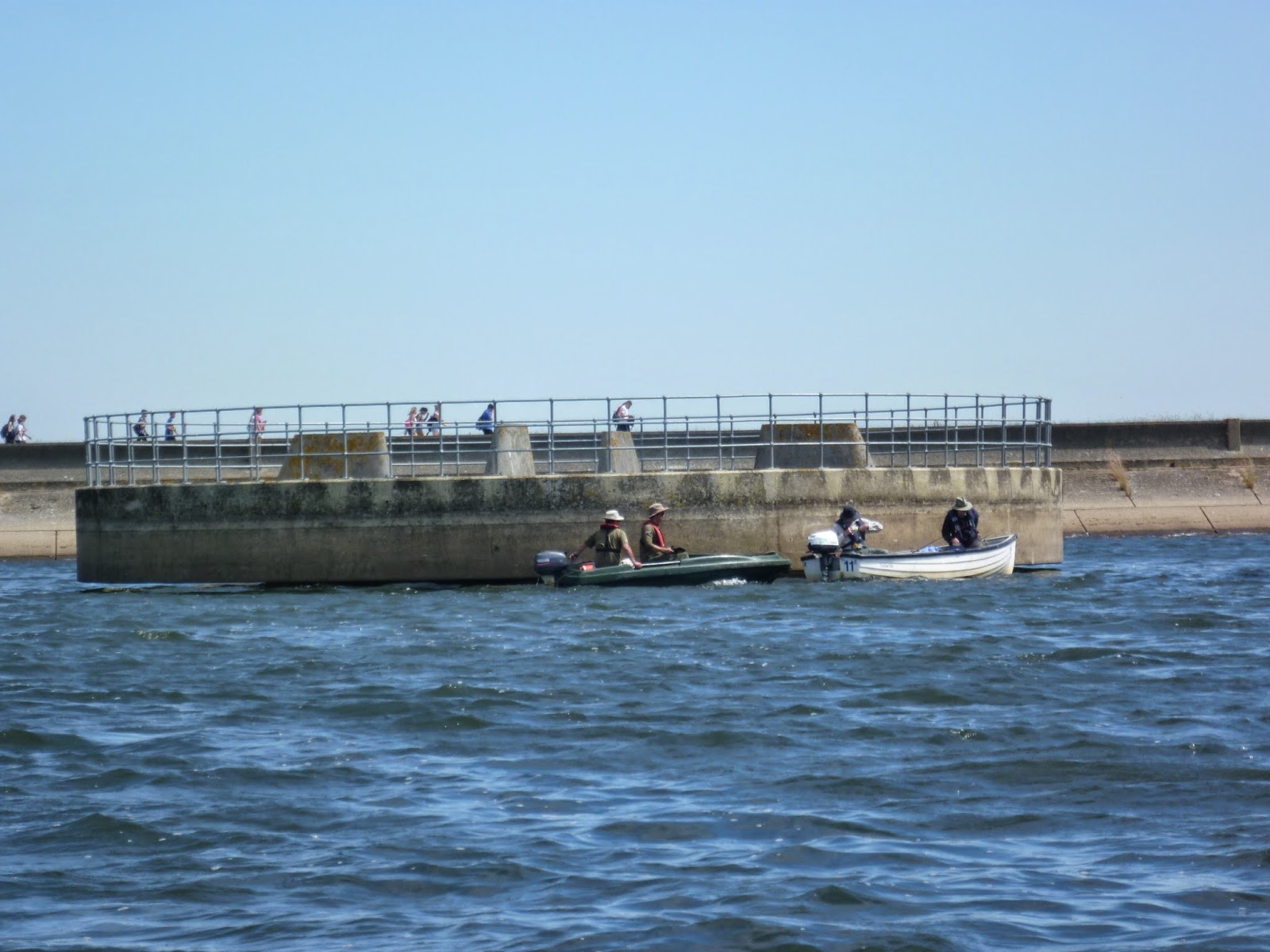 The EA ambush some happy fishers next to the overflow tower. Bewl 100% full!
Having had the excitment with the EA I decided to bait fish.  Now I am not going to tell you what bait I used, but the trout seemed to find it appropriate because as soon as the bait was twenty feet below the boat "bang" the rod went down and I had my first fish on (yes first cast).  As I landed it I thought if it is this easy I will be gone in a couple of hours!  The second fish I hooked was bigger and caught me out as I had forgotten to set the reel drag at all. The fish took off and the 10lb leader snapped at a knot.
I boated the next fish but not before it had broken off the tip of my rod. I was not too surprised at that as since I bought the rod nearly 3 years ago in Malta I had broken the tip twice before.  One  for the bin, I think.
So I switched to a Shakespeare "Ugly Stick" rod and fished with that catching several more fish.  Well, things went a bit quiet during the afternoon fishing-wise but not the wind. It got stronger and stronger, and I was bumping up and down which made the drifting and fishing harder.  I tried a few spots away from the main bowl just to get some respite from the wind, but to no avail.  It was seven in the evening before I finally "bagged up" with eight fish.  They weighed in at 16 pounds 10 ounces so quite a nice bag.
So what were my feelings about bait fishing Bewl:- 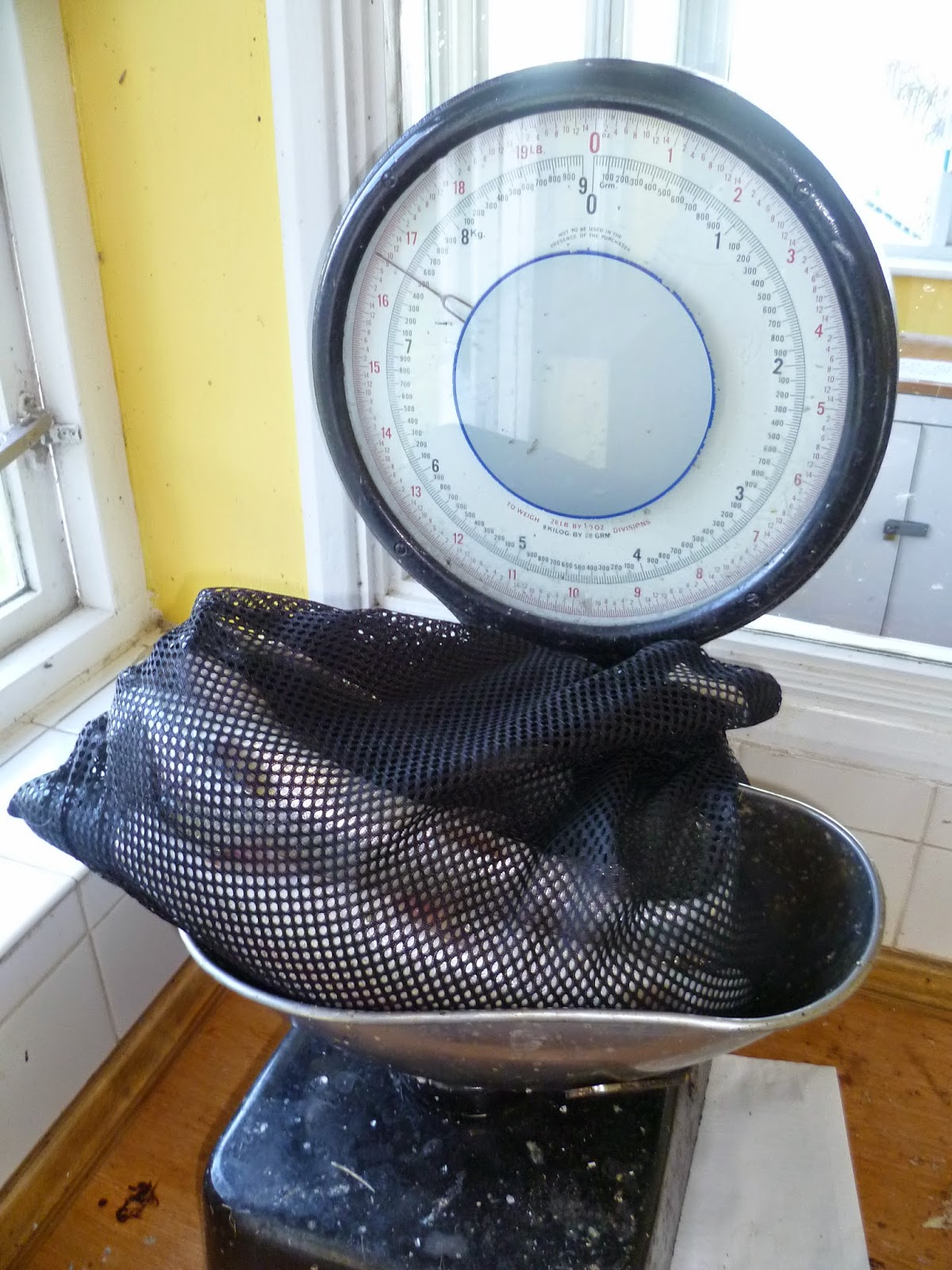 Let the scales confirm the story!
So to sum up I think it is more challenging to fly fish and therefore more satisfying. 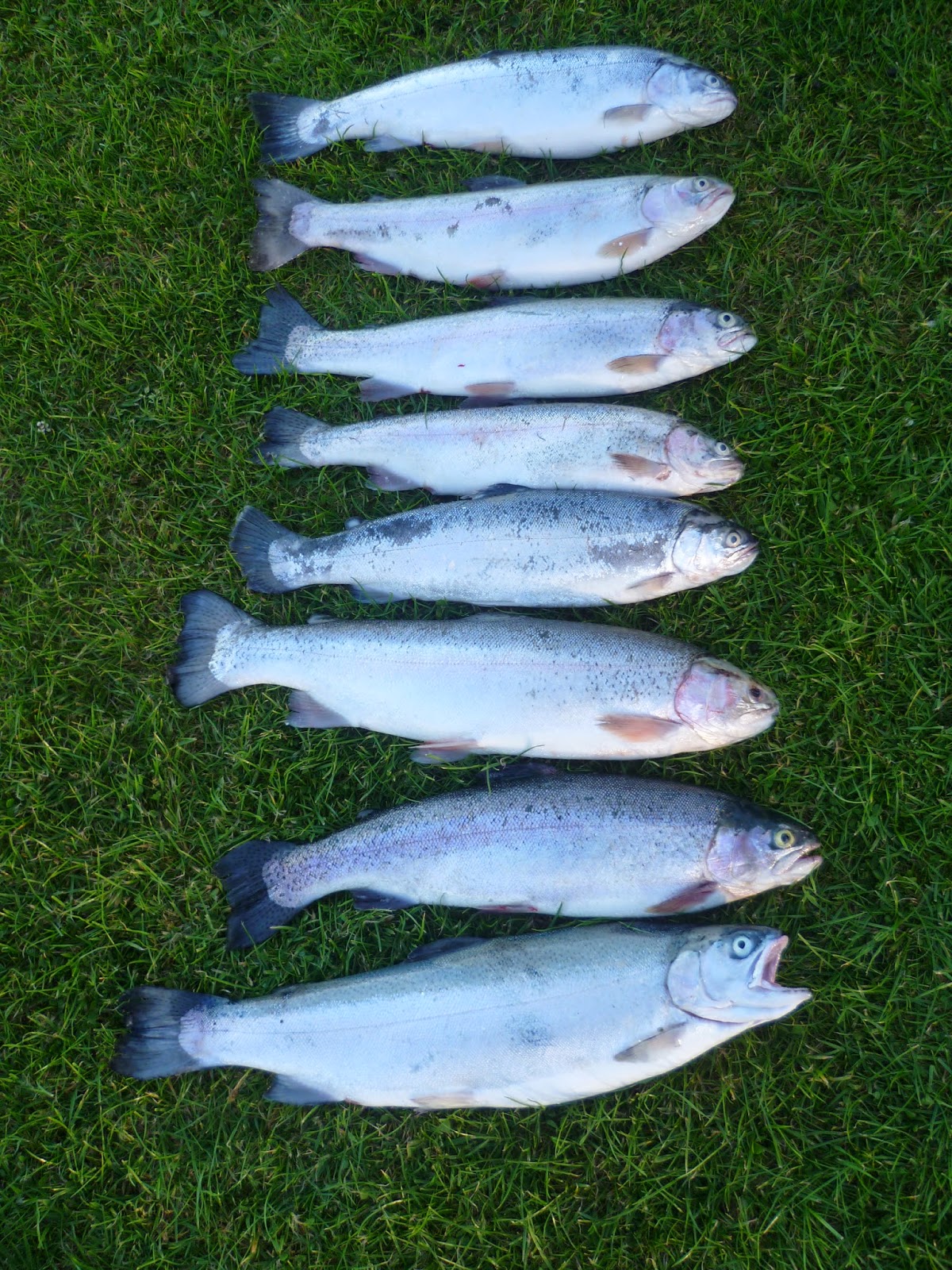