Spring, weatherwise this year, has got off to a very slow start so I put off my first visit to the chalk streams until things started to warm up.  I managed two days this week.  On Tuesday I had a look at the Wiltshire Avon at Amesbury but as I could not see anything moving and the water (and there was plenty of it) was slightly coloured I decided to move to the Whylye.  The water was clearer and I saw the occasional rise, but I did not hook up. Another gent obviously more skillful than me managed two grayling and a small trout.  Highlight of the trip was meeting Jed Stone, the bailiff, (I hope I got his first name right) who came to check my credentials.  He spotted that I had not put my Environment Agency license number in my Members Year Book so we quickly remedied that.  The club has an excellent team of bailiffs who not only police the waters but give friendly and helpful advice. 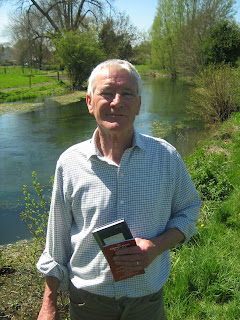 A well run club ensures the access is generally solid and safe. This step over below is state of the art! 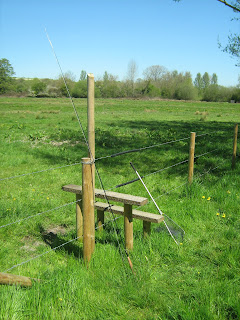 Another way you can tell the club is well run is by the clear signage. 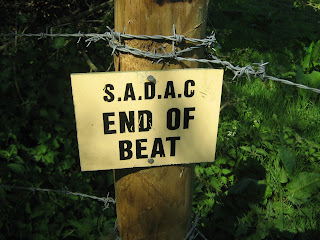 The system of tally boards, that indicate who is fishing where, are excellent. 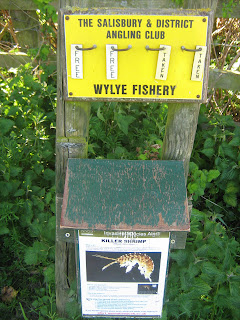 The tally board below is the main one outside the Club Office indicating the 22 beats on that stretch of the Avon. The club has so many waters that during the week I hardly ever see anyone else fishing. 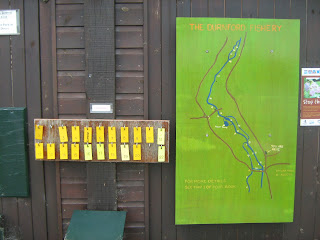 The catch return books are all housed in neat wood boxes that are almost weather proof.  They detail who fished where and when and how they got on. Very helpful if you take time to study it! 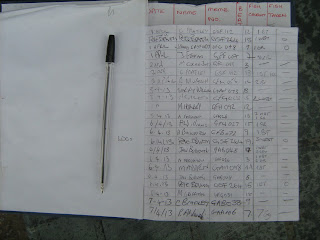 The second day I decided to go and talk to the "Main Man", the club's General Manager, for advice on where to fish. Andreas Topintzis, based in the office affectionately known as "The Cart Shed", is always most helpful. He recommended a particular beat and then said "Watch out, another car has just pulled into the car park!" Just as I walked out to go to the Tally Board to take the recommended beat token the gent who had just driven up beat me to it. Andreas kindly stuck his head round the door and recommended another beat involving some wading. I was very happy with that as I wanted to try out my new thigh waders.
As soon as I got to the beat I could see why I think Andreas recommended it, not only were there fish about but I also had an upstream wind! Finding the beats is facilitated by appropriate signage. 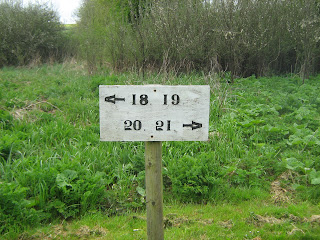 One of the things that confused me for a while when I first started to fish the chalk streams was the mention of hatches. I first thought that was a reference to flies hatching. If you look at the following video clip you will see what the hatches really are. Put your sound on for the highly informative commentary by me (and the sound of the water)!


Anyway, I broke my chalk stream duck this season by catching the smallest brown trout I have ever caught followed by two more reasonably sized relations. Three others managed to slip the hook. 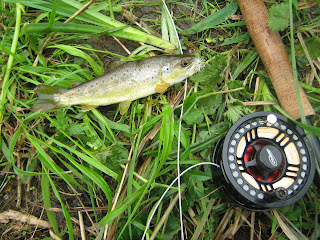 It is wonderful to be back on the chalk streams and I just need more practice!  If you are interested in putting your name down to join SADAC see the link on the page (top right).