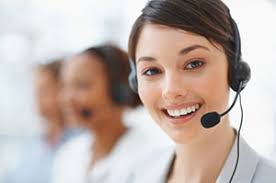 Have I needed some fishing to calm me down?  Yes I have!  It all started on 19th August when I called BT to tell them that:-

1.  Two years ago my daughter and her husband moved into our house and took over paying our phone bill so she could transfer her BT Vision service in to our house. (I had been a BT customer for 27 years on that number).  Now as she was moving out because her husband was changing jobs, I wanted to start paying for the same line and number, and I also wanted BT Vision.
2.  I advised BT of the above on 19th August 2013 but because it seemed complicated to them I spoke to half a dozen different people till I finally got someone who took the order, with me paying in advance.  The changeover was to take place on 16th September 2013.
3.  I called BT on the morning of the 16th September to check it would all happen.  Eight phone calls later, and having been cut off three times whilst being tranferred, I was told that the line would be cut off and that due to a "BT data issue" my order to take over the line had been lost and that a specialist BT team would call me on my mobile. I never received a call.
4.  Sure enough at 12 noon I lost the line.
5.  I decided the only way I could get anywhere with BT was to phone in as a new customer using my mobile.  So on the 16th September I spoke to a helpful lady called Lawrence and signed up for a phone/internet/BT Vision deal, sadly I did not have a record of what I had previously requested on the lost order, so I fired from the hip.  I was advised that none of it would go live till 23rd September so 7 days without any service!  She was adamant that was all they could offer.
6.  The phone went live on the 23rd as promised and I phoned in to change the line number back to our original number that we have had since 1975. Amanda told me I could not change it immediately as the order was not complete and I would have to wait for the broadband service to be completed.
7.  Sadly the broadband refused to work.  I was re-using the router and openreach box that had previously worked well for 2 years.
8.  I then ended up with several long calls to India over a couple of days where some helpful and some not-so-helpful people promised to check lines and talk me through resetting the router etc.
9.  Several times I was told there were network problems in my area and they would be resolved in a few hours each time the broadband icon remained orange and never turned blue.  I think I was being misled because I had been calling the Service Status number only to be told there were no issues in my area!
10.  Finally a BT engineer (Mark) called on the 27th September 2013 and immediately spotted that I had the Openreach box connected.  Apparently you need this if you have a "fibre" cable supply but you don't need it for a "copper" cable supply!!!!!  He disconnected the box and plugged the phone line straight into the router and "bingo" it worked!
11.  I then called in and requested the phone number changed.  It has been promised for the 30th.  I will not be holding my breath!

I am going to send the above account to Warren Buckley, the MD of BT Customer Services in the hope they can improve responses for others.

In spite of all the above I managed a few hours on the River Wylye and the Wiltshire Avon and caught a few brownies and grayling.  I think I need to quietly watch some of the chalk stream experts to improve my success rate.

Then I called Bewl Water and was told the fishing was starting to improve so I slipped down there for a couple of hours in a boat.  I am going to post that next.
Posted by Unknown at 02:30