My internet access at home is down and I am trying to post this from the local library pc. They have just up dated their systems and now I can add pictures. 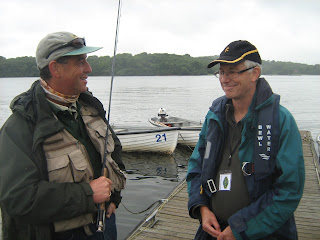 Tony Hern of Fishability and Ian Thomas of Telereal Trillium
﻿
Last Saturday I had an interesting but frustrating day at Bewl Water.  I was supporting a “Fishability” event organised by Tony Hern, the Fishery Manager from Albury Estates (a splendid fellow).  Fishability is an organisation that supports people from the military services who have suffered trauma resulting in mental or physical challenges.  Tony had a dozen or so military or ex-military folk sharing boats with an equal number of experienced guides. 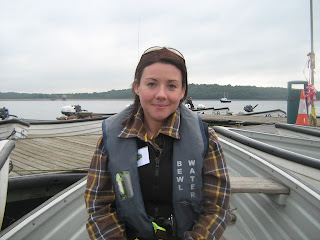 I drew the long straw having Martha, a charming military nurse, assigned to my boat.  (This was a far more attractive proposition than sharing the boat with some tough and rugged squaddie!) 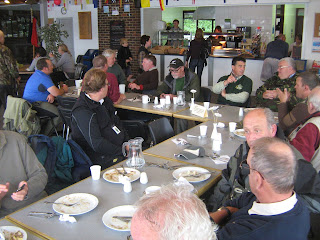 Having had a bacon bap for breakfast we loaded up the boat and set off, conditions looked perfect, overcast, reasonable breeze rippling the water the temperature of which had dropped to 17 C.  However, Rob Dixon, one of the Bewl staff had warned me that the fishing would be hard.  Apparently, there was a tremendous amount of aquatic insect life in the water and the fish were stuffing themselves with naturals and avoiding anything suspicious!   This was confirmed by the number of house martins working the water.  Rob recommended drifting between the cages and the dam, so that’s what we did.  The good news was that, in spite of it only being her second go at fly fishing, Martha, who was bursting with enthusiasm, could cast quite well, certainly well enough to cover fish on the drift.
Well Martha maintained her enthusiasm and we fished our socks off and all to no avail.  At one point Martha spotted a pike on the top of the water right in front of her, when she moved her rod it spotted her and did an impressive “crash dive”.  We saw fish but in spite of changing flies, lines, locations and speed of retrieve we didn’t even get a touch.  The trout definitely had other things to distract them. 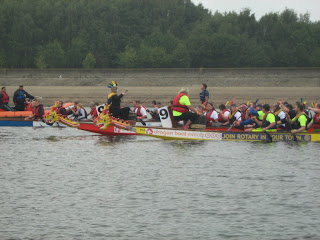 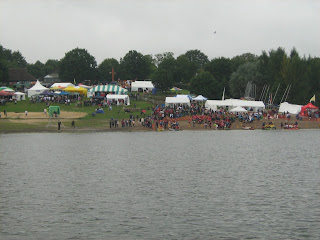 However, entertainment was provided by the dragon boat races down by the dam.  We must have heard the Hawaii Five O theme tune five hundred times!  Lunch was excellent, and the whole event was kindly financed by Telereal Trillium, with Ian Thomas signing the cheque and him and Richard Becksmith both from TT also acting as fishing guides. 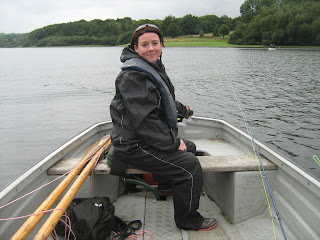 Desperate to provide some excitement for Martha I asked her if she would like to drive the boat.  Well she jumped at the chance and we did a grand tour of the lake at full speed.  She even brought us into the jetty with finesse!   I was sad I had failed to deliver the goods, and get Martha hooked up with bar of pink or blue silver, but she did not complain once.  She has a bright future as a fly fisher.
Posted by Unknown at 02:08