If you’re not fishing London is the place to be! 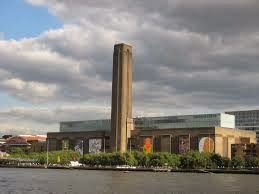 My son Daniel’s business trip to London provided an opportunity for him to meet up with my wife and I and a couple of his sisters.  The chosen meeting point was the Tate Modern.  This is a modern art gallery housed in what was a huge power station on the bank of the River Thames.  Normally you would not find me in Central London on a Saturday so the crowds as we walked from London Bridge railway station through Borough Market came as a bit of a surprise.  All along the river embankment there were crowds of happy people strutting their stuff and even a group (probably from Wales) singing. 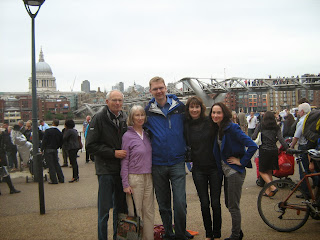 Here is our little group, yours truly on the left, then my wife Rosalind, then Daniel and finally Rachel and Lorraine.  In the background you can see the famous Millennium Suspension Foot Bridge. 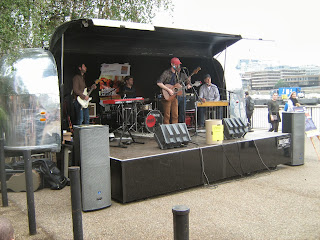 We met up outside the gallery where there was live music and various street performers doing their things! 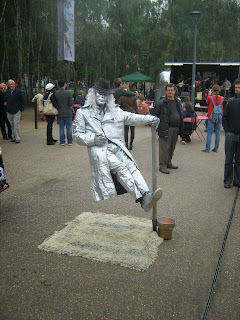 This anti- gravity man nearly had us fooled, but we worked out how it was done. 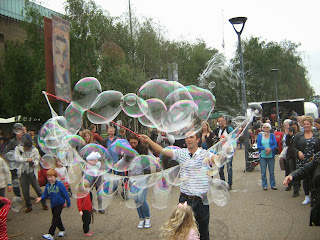 I like creating bubbles for our youngest grandchildren but this chap has taken it to a whole new level.


The art galleries and museums in the UK are free although they do charge if you want to visit their special exhibitions.  I must admit to having a bit of a sceptical response to modern art, some of it is clever, some even skilful but I think a lot of it is a con, and it reminds me of the “Emperor’s Clothes” fable. 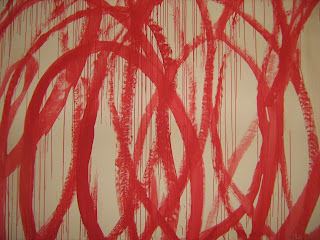 Daniel said that he was taught during art lessons that letting the paint run was something to be avoided; obviously this artist missed that lesson!


If you are going to visit an art gallery or museum try to join up with a conducted tour given by someone who knows about the exhibits as that can really enrich the experience.


This video clip was taken from one of the Tate Modern’s balconies and shows a panorama of the river.  On the extreme right (and not completely shown) is the new tower block with concaved glazed elevations which during sunny days have focussed the sun’s rays and melted the plastic on cars and set fire to the paintwork outside shops.  Sadly they obviously don’t teach basic physics to architects! 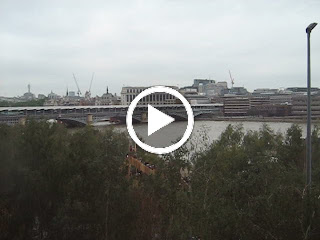 Having exhausted ourselves looking at art and the skyline we crossed the Millenium Bridge to walk to the Museum of London. 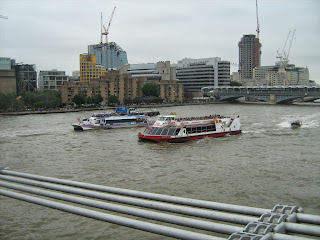 Another interesting way to see London is by doing a river tour on a river bus. 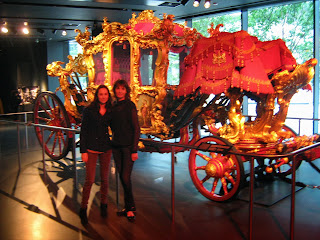 The main interest for us in the Museum of London is the Lord Mayor’s coach; this is because we understand that Rosalind’s cousin, Fiona Wolfe is going to be made the Lord Mayor of the City of London in November.  She will be the 2nd female Lord Mayor, lady Lord Mayors are a rare breed. 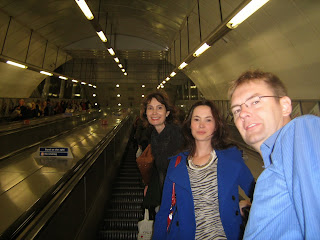 Then we jumped on the tube (underground railway) and headed to Covent Garden where there are lots of good restaurants.  As you can see from the view up the escalator the tubes that the trains run through are a long way under the surface.  During the Second World War they were a popular place to sleep to avoid the German bombing. 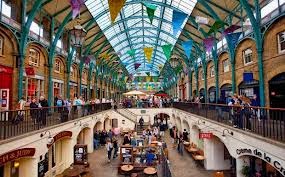 We ended up at Covent Garden somewhere that all visitors to London should experience. There are street performers and musicians and the place has a real buzz.  It is a good place to eat so we enjoyed a busy Mexican restaurant where the food was very good.  Then we went to watch the buskers and eat ice cream.  Sadly we all had to part company and wend our different ways.  Fortunately Rosalind remembered she was coming home with me!