Well we have been landing on our feet during this vacation and no more so than when we booked a night at The Ship House Inn, Anacortes, Washington State, USA.  Over the phone the owner told us we were booked into the Captain's Cabin and what an amazing cabin it was.  It was separate from the house and had everything you could think of with a nautical theme from portholes to whale harpoons!  When you lay on the large double bed it was like looking out of the bridge of a ship at the sea (the house is situated on the top of cliffs looking west at islands. 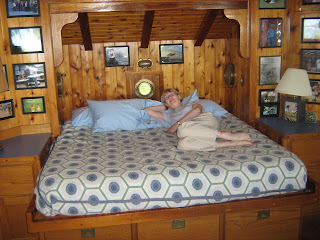 Rosalind tested out the bed and the view from the window. 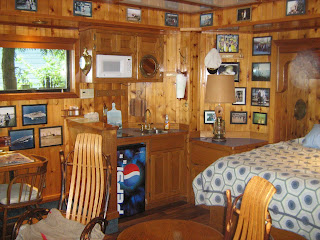 The cabin itself had a microwave, hot plates and a fridge. 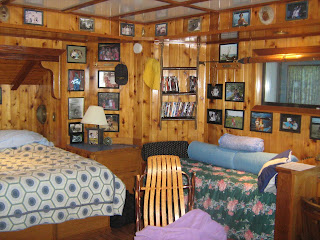 There were lots of nautical and family pictures. 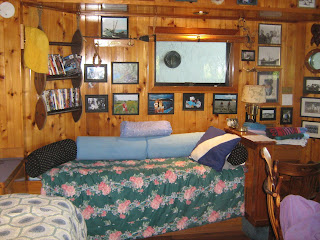 Outside the main window was shaped as the prow of a ship complete with deck chairs. 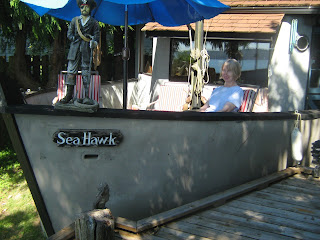 We had breakfast in the fully-equipped separate galley 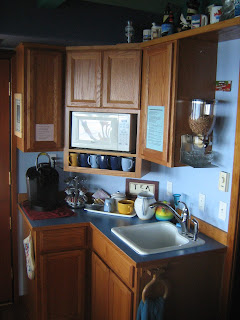 There are lovely cliff top gardens 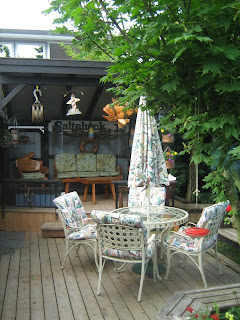 The man behind this amazing place is an ex commercial fisherman called Oggie (I hope I have spelt that right). He is a charming, larger than life gent who originally built everything for his grand children but as they grew up he decided to remodel it as a B & B. 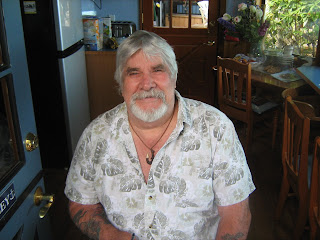 We were invited to view the other B & B accommodation there, namely the Oar House and the Crows Nest but we declined as we wanted to save something new for our next visit! 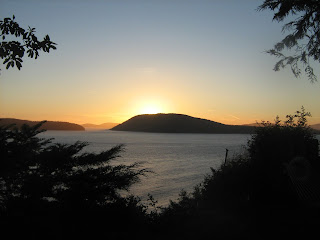 This is the view from our bed as we settled down for the night at a B & B we will always remember.  If you are ever out that way I would recommend a stay.  Contact details are:
(360) 293 1093
www.shiphouseinn.com
shiphouse@hotmail.com