Since my first outing to the Reiter Road fishery on the Skykomish I have been lured back by the memory of the large steelheads I saw caught.  This time I went with a pal from church called Jason, he is recovering from leukemia and a bone marrow transplant so he was glad to get out fishing.  Now let me make it clear from the start that neither of us landed a steelhead but we did see them caught and we did learn how to do it.  What really impressed me was:- 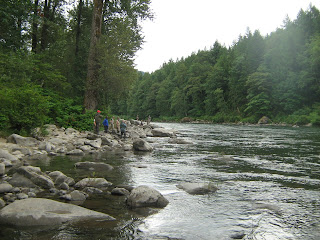 The river just down-stream of the hatchery 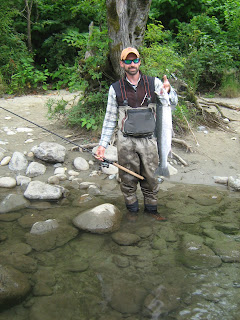 Rory, a guide on his day off with a beaut of a fish caught downstream in the fast water. 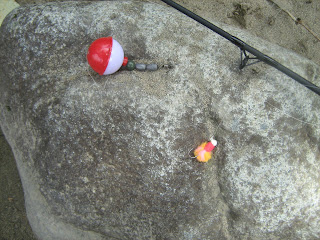 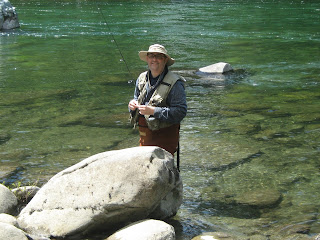 My pal Jason before he fell in, something that is easily done! 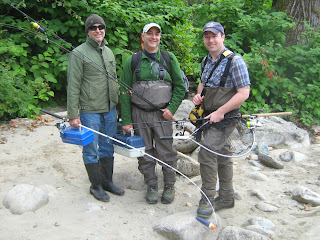 A bunch of really friendly guys who chatted to me and shared advice and tips. 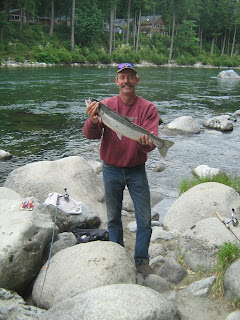 Dan who had just landed that fish a few yards from me. 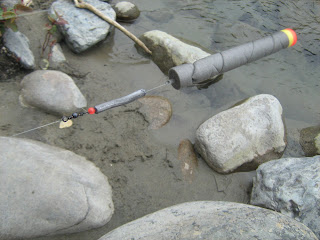 Dan's float rig with pencil weight underneath and a bead to protect the knot on the swivel. 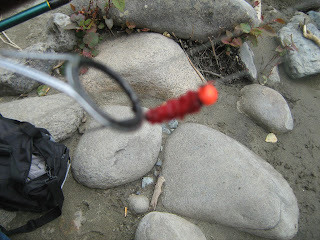 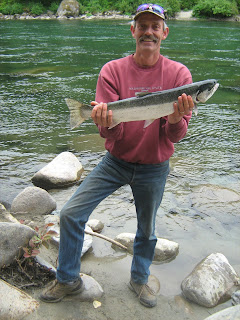