They call it fishing, not catching! Welsh Fishing Trip July '13

It is not everyday you get invited to spend a couple of days with pals fishing and when one of them has a caravan not far from the fishing, how can you refuse?  Anyway, I couldn't! 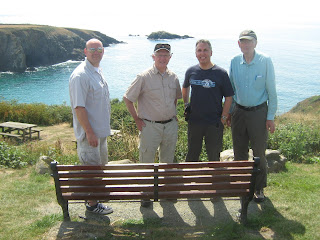 So there I was with Andy Jones a top sewin (seatrout) man and Rowland Elvidge who years ago I introduced to fly fishing and who now probably has more kit than me. Then there's Ian Govier another sewin expert who,  a few days before this event, had fished his local estuary and caught five sea bass and a sewin in just a couple of hours.  On the right is me looking more streamlined than ever! 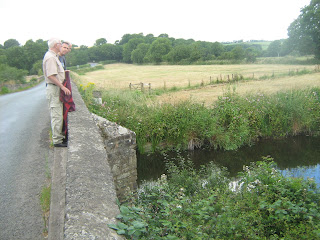 Travelling around was slow because the local boys, being sewin fishers, had to stop to look at every river we crossed. 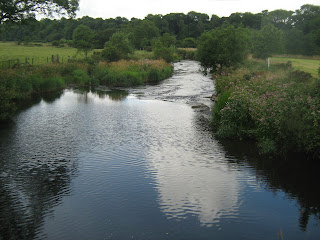 All were well worth a look.
Rather than sewin fishing, it was decided to fish a small stillwater for rainbows at Hayescastle, a favourite spot of Ian's.  However, when we turned up we found that half the children in South Wales were there under instruction and the organiser, a very pleasant lady gently shoed us away! We didn't need much shoing!  So I suggested we head to Llys-y-fran reservoir.  As Andy and Ian had never boat fished a reservoir before they were up for it.  We were beguiled by the beauty of the reservoir and soon discovered the excellent fleet of fishing boats in the boat house.
﻿ 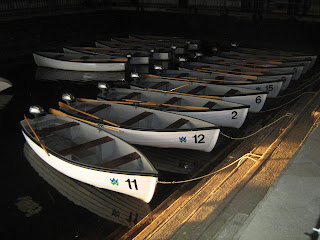 The boats and engines all looked brand new.  The only slight negative was that the engines did not have a reverse gear, but they started first pull and had an auto clutch, so using them was easy. 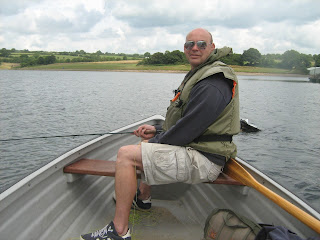 Here is Andrew on his first boat fly fishing session but sadly the sun and water temperature (21 C) kept the fish down deep where they were concentrating on oxygen rather than feeding!  The net result (sorry about the pun) we all blanked!  As we were coming away, around 9 pm fish started to show around the boat house and we all had another go at them from the bank (Ian even borrowed a row boat and got amongst them) but the fish did not oblige. 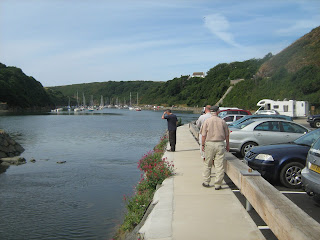 The next morning saw us as tourists but when we visited the lovely fishing village of Solva and saw the large mullet cruising the river we could not resist the temptation of casting a fly.  Needless to say the mullet were not fooled!  Then we walked a lovely coastal path. 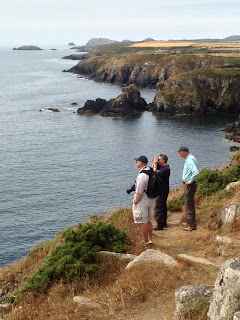 And we found our way to St David's.  Although a small town, St David's is classed as a city as it has a majestic cathedral. 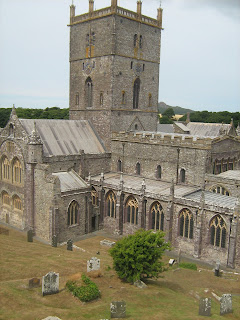 Finally we made it to Hayescastle Fishery where we had it all to ourselves.  It looked promising as there was a damsel hatch on, swallows and martins were working the water and the odd large fish was disturbing the surface. 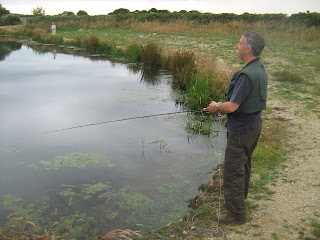 Ian, like all of us, was really fishing hard.  I tried buzzers and then had a fish on using a montana which sadly took to the vegetation and came off.  I, like the others, tried everything I could think of.  I cast a minkie out and it must have hit the water right in front of a large fish as the fish snatched at it but I didn't connect.  Eventually the montana fooled a nice 2lb+ rainbow. 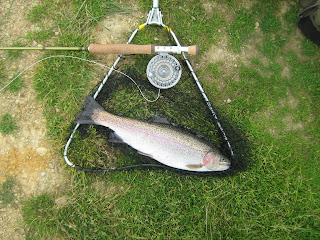 Having dispatched it I used the forked stick method of carrying it that I had seen the steelhead fishers use in the States, to avoid getting my hands sticky!﻿ 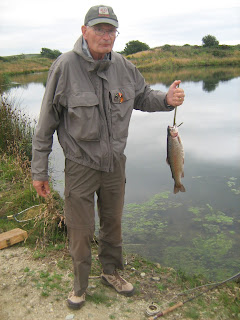 Ian showed me another useful tip.  If you break a rod ring (called a rod guide in the USA) you can do a temporary repair using a paper clip and some electrical tape. 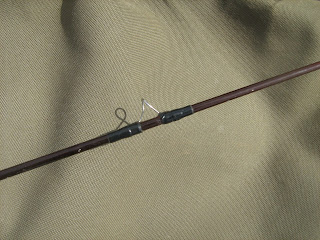 So it was with pleasant memories that we left Ian's well-equipped caravan on Sunday morning. 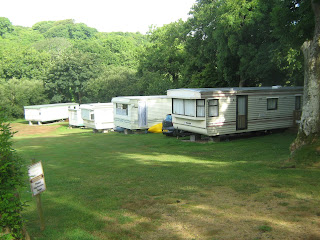 Our destination was the recently-built Milford Haven Chapel of the Church of Jesus Christ of Latter-Day Saints where we attended for spiritual inspiration! 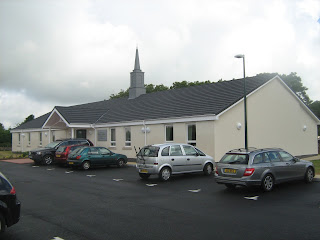 I came away with a lovely book that Rowland kindly gave me, it was called FISHING Observations of a Reel Man and I will have to make that the subject of a future post!﻿
Posted by Unknown at 00:07