Well I have wet a line on the Snoqualmie River above the falls for a couple of hours.  I had a couple of little fellers on the nymph fished under a dry.  It is so different fishing these large rivers compared to fishing upstream dries on the chalk streams.  Also the fish facing upstream were looking into a very bright sun and I was starting to cook!  So after I had my brief fishing fix it was back to the house and the next project which was to erect a "Springfree" trampoline.  See the white rods in the picture below, getting them located in the pockets in the edge of the mat took the combined strength of Dan and I. 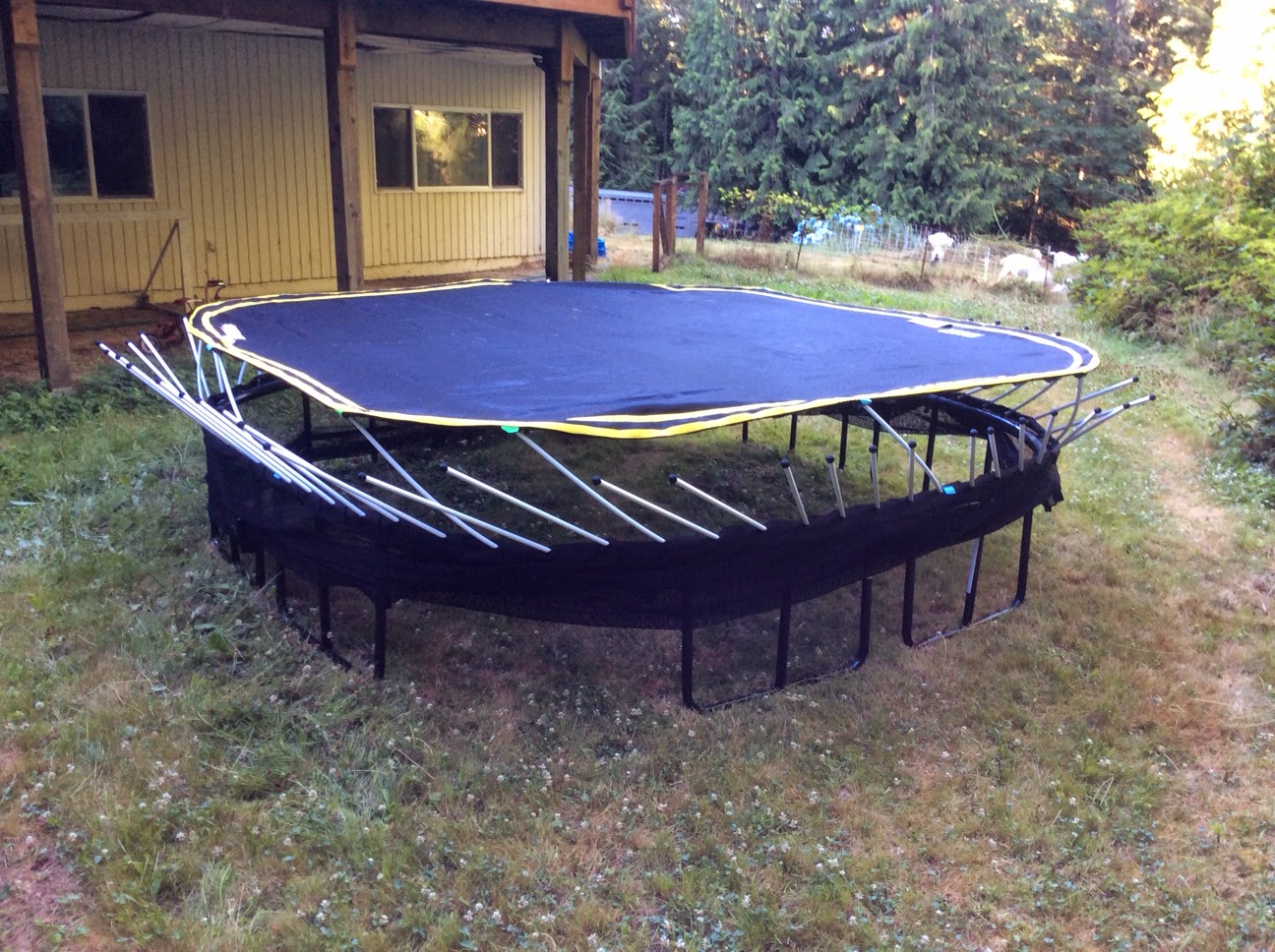 I must report that the tramp was an excellent project and the grandchildren took to it immediately.  Because it has no perimeter metal springs to fall on it is a lot safer than the more common tramps.  After the initial bouncing stuff and shooting baskets the children decided that the best game was granddad throwing balls at them from the house balcony. Sadly I don't think that is an Olympic event! 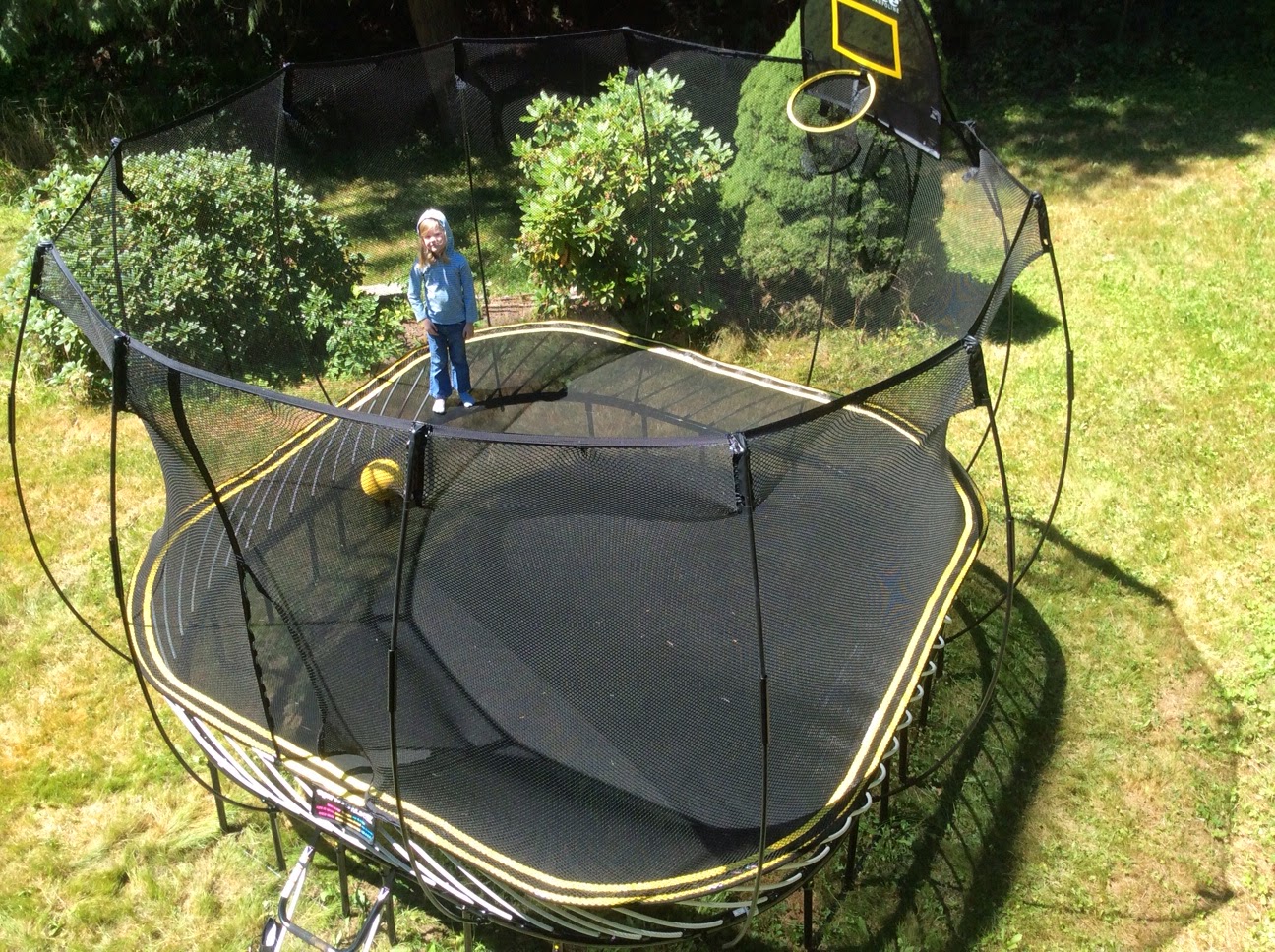 The good news is that now I am no longer committed to a summer school taxi run each day I should be able to get some serious fishing in.  Forever the optimist (you have to enjoy the journey)!
Posted by Unknown at 20:11